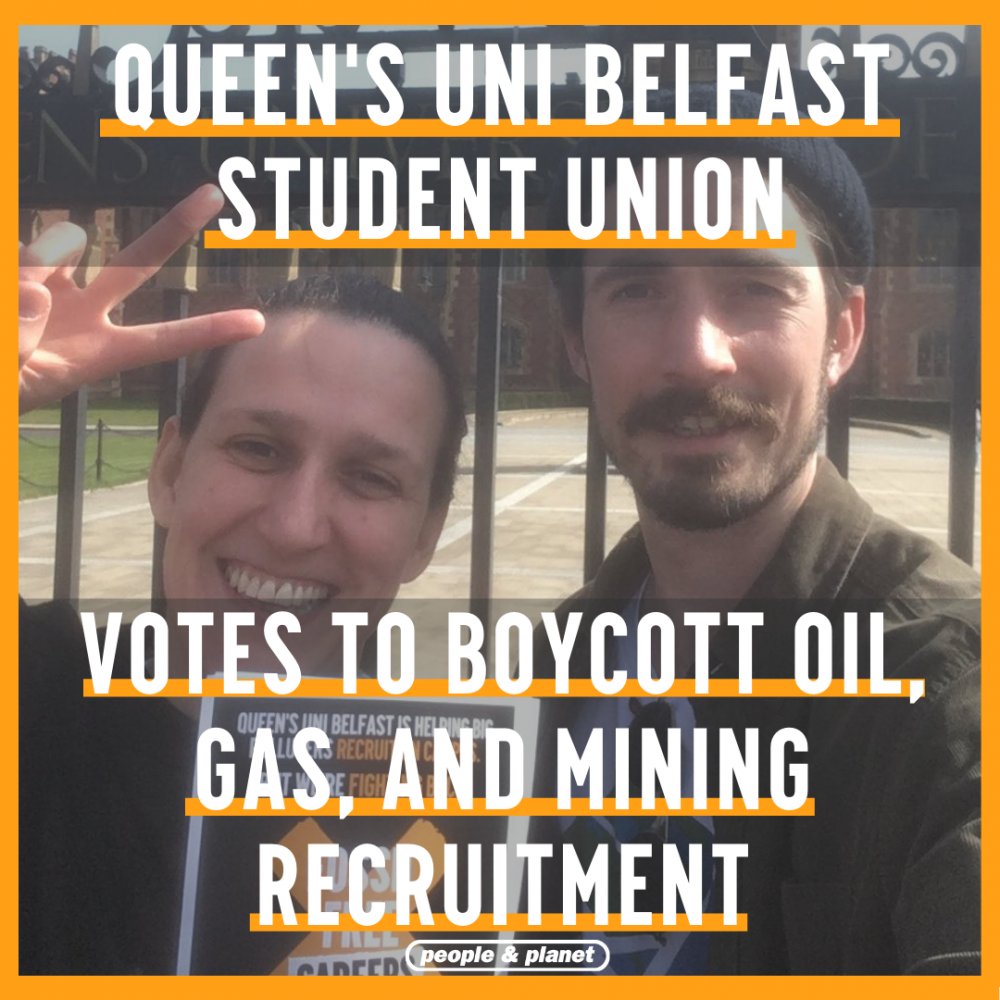 Students are now turning to the university careers service, demanding that it implements an ‘ethical careers policy’ which explicitly excludes oil, gas, and mining companies from all recruitment activities organised by the university.

Students are looking to build on the success of a previous campaign at Queen’s University Belfast, which was calling for the university to divest from the fossil fuel industry. This campaign was successful back in 2017, following on from an occupation of the university administration building two years prior.

Calum McGeowan, campaigner with Fossil Free Careers QUB, said:
It’s great to have the official, democratic backing of the Queen’s Student Union on this important issue. Students and staff here are united in our demands. We are calling for the oil, gas, and mining industry to be kicked out of the Queen’s careers service, and hope to see progress on this soon.

Fergus Green, Climate Campaigns Coordinator at People & Planet, said:
To have the first Irish SU backing the campaign is a historic milestone for the student-led Fossil Free Careers campaign. The support from students has been overwhelming, better than we could have ever hoped for, and we are seeing Student Union after Student Union back the campaign.