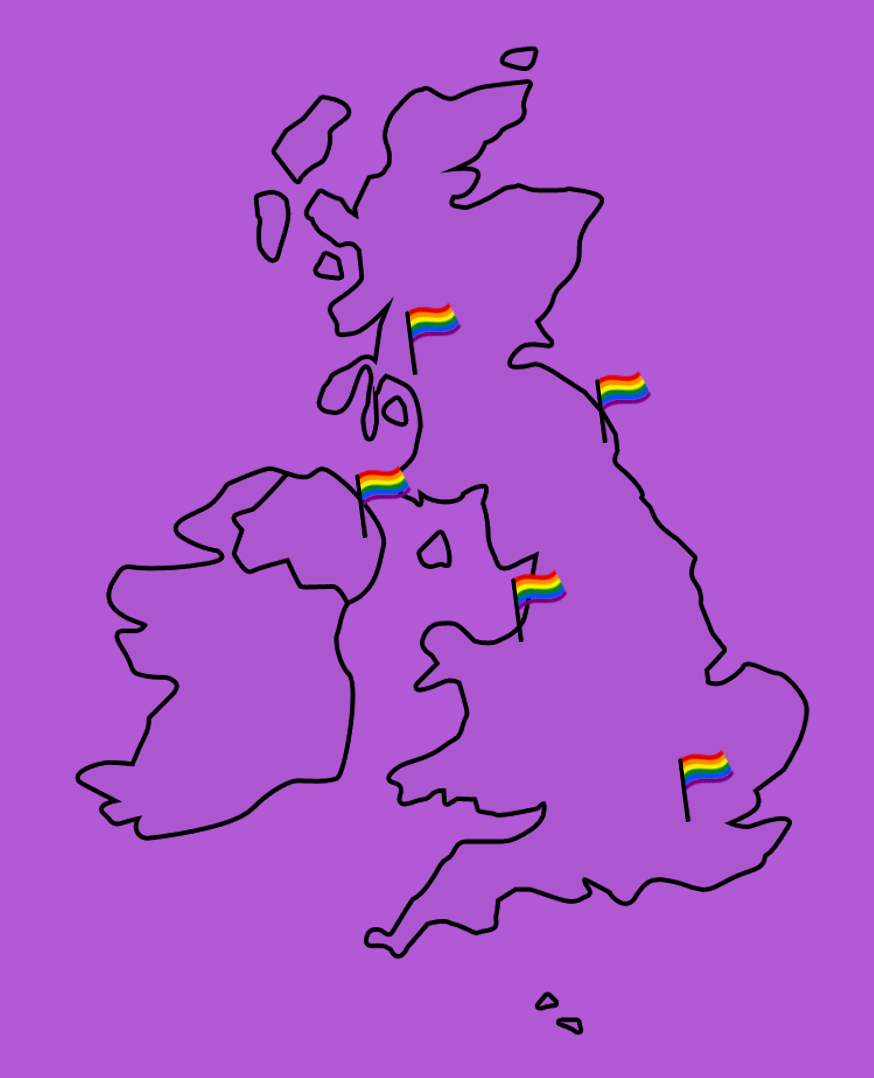 Barclays’ marketing is pinkwashing: they continue to finance the climate crisis while appropriating the struggle for LGBTQIA+ rights to boost their reputation and cover-up the problematic aspects of their business model.
The Divest Pride campaign demands that Pride Glasgow, LCR Pride, Northern Pride and Pride in London drop Barclays bank as a sponsor.

Pinkwashing is the practice of deliberate marketing as ‘gay-friendly’ while deflecting attention from other relevant human rights abuses.

Although the festivals themselves cannot go ahead as planned, the Divest Pride campaign targets this sponsorship, demanding that Pride cuts ties to Barclays and ultimately, all links to the fossil fuel industry.

Since 2017, People & Planet’s Divest Barclays campaign has been targeting Barclays’ financing of climate disaster, through links to universities across the UK. As the largest funder of fossil fuel companies in Europe, Barclays have funneled £91 billion to this destructive industry since the signing of the Paris Agreement in 2015.

We in the queer community want our Prides to represent us and our shared values. We believe that there is no justifying the acceptance of money tainted by the destruction of ecosystems, displacement of indigenous peoples and threat to our collective futures.

We aim to reclaim Pride from the companies that co-opt it by pinkwashing their irresponsible business practices. Just as People & Planet’s Divest Barclays and Fossil Free campaigns have held the financial behaviour of their universities to high standards of transparency and accountability, we can and must do the same for our Prides.

We will not allow them to become corporate ads financed by the proceeds of harmful extractive industry. Pride organisations that claim to represent the community and hold large events in our name have an opportunity and a duty to use this position to confront big businesses that perpetuate injustice and climate catastrophe.

Sign the petition calling on Pride to drop Barclays sponsorship!

The queer community has a strong sense of justice and our members are already leading the response to both COVID-19 and the climate crisis. We have learned how to care for one another under crises, when states and governments have not, and when the forces of capitalism and politics came before our lives and safety.

Divest Pride builds upon previous work that held Pride organisers to higher standards: Bristol Pride recently cut ties with a company over links to the arms trade, and also refused the Ministry of Defence a presence at their event. In 2017 No Pride in BP forced the organisers of Student Pride to drop oil giant BP as sponsors.

What we need now is to keep fighting for the just transition to a decolonised low-carbon world - ensuring that there are fair and equitable solutions for everyone, not just the privileged few - and the needs of communities over corporations.

In the same way that green capitalism isn’t justice, pink capitalism isn’t liberation, and the queer future we’re fighting for includes justice for all on a safe and healthy planet. We cannot do this while continuing to be complicit in the behaviour of companies such as Barclays who are profiting from the destruction of that future.

We call on Glasgow Pride, LCR Pride, Northern Pride and Pride in London to:

People & Planet wish to apologise unreservedly to Belfast Pride for including the festival in our Divest Pride campaign. Our material was based on outdated publicly available information and was incorrect. We are delighted to learn that Belfast Pride organisers cut ties with Barclays in 2019. We commend their efforts to make Pride 2020 a carbon neutral event (had it gone ahead as planned) and wish them all the very best for this weekend's online events. Happy Pride!