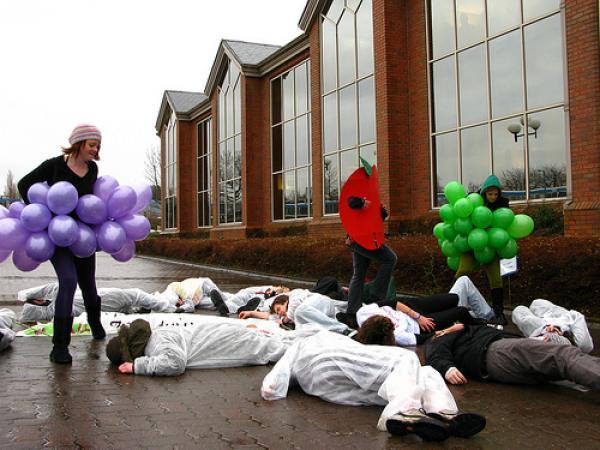 1,200 Honduran garment workers got their jobs back after Fruit of the Loom/Russell agree to reopen Honduran factory after ‘biggest student boycott since Apartheid’.

Fruit of the Loom's subsidiary Russell Athletic illegally closed its Jerzees de Honduras factory shortly after workers formed a trade union. The closure left 1800 people with families to feed and provide for, jobless. Reports from the Workers Rights Consortium and the Fair Labour Association concluded that the motive in closing the factory was, at least in part, to stop workers organising for fair conditions.

This was in no way an overnight victory — it came after 10 years of building a movement that persuaded scores of universities to adopt detailed codes of conduct for the factories used by licensees like Russell. In addition, the students, sometimes through lengthy sit-ins, pressured their officials to create and finance an independent monitoring group, the Worker Rights Consortium, that inspected factories to make sure they complied with the universities’ codes.