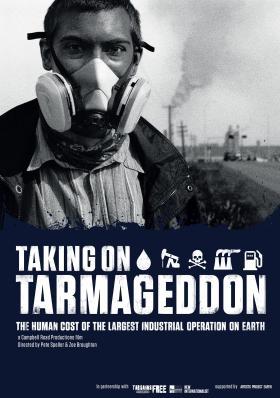 We took a group of 8 student activists accompanied by two People & Planet staff and a film crew to Canada for the Tarsands Youth Solidarity Exchange project with the Beaver Lake Cree Nation. Seeing the destruction caused by the tar sands industry firsthand has inspired both Cree and UK students to redouble their efforts to stop further tar sands oil extraction on their traditional lands. The project also resulted in a feature length documentary Taking on Tarmageddon which was screened across the country to educate others about tar sands.