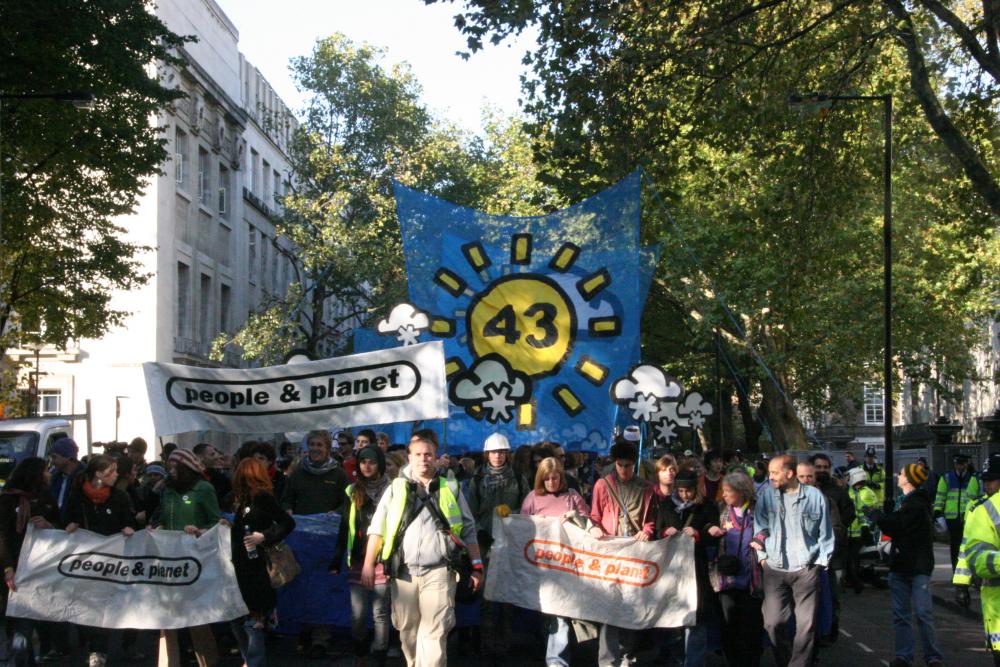 After months of campaigning, the Government committed to introducing a Climate Change Bill at the state opening of Parliament today.

David Miliband, the Secretary of State for the Environment, said in a recent article that the Bill would “provide a framework of certainty and confidence for the climate change debate.” While the details of the Bill are still to be worked out, David Miliband has said that the government “will put the target to reduce carbon emissions by 60 per cent in 2050 on the statute book and consider whether we should adopt further interim targets.”

The announcement comes after months of campaigning for a Climate Bill by Stop Climate Chaos. People & Planet groups around the country, including Edinburgh and Aberystwyth, have lobbied dozens of MPs, massively increasing the pressure on the Government to introduce the Bill. On 4 November, People & Planet’s Carnival of Climate Chaos made a colourful and passionate contribution to the I Count event in Trafalgar Square, where 25,000 people gathered to demand real action on climate change.

And it’s clear that we did make an impact. Immediately after the Carnival and I Count event in Trafalgar Square, Stop Climate Chaos was invited to send representatives to a breakfast meeting with Tony Blair. People & Planet student Hannah Smith went along to demand that the Climate Bill should include targets to reduce emissions by at least 3% a year. She also handed over the 1,537 Stop Climate Chaos pledge cards collected by People & Planet so far, demanding tough action by the Government and demonstrating the commitments that have been made by individuals to cut their own carbon.

So, there will be a Climate Change Bill. This is great news. It means that Parliament can now act to tackle climate change. However, the Bill must be a robust one. As Hannah pointed out to the Prime Minister, it needs annual targets to ensure we get on track (rather than defer action) and to ensure total emissions are kept within limits. And it must be passed through Parliament as quickly as possible. There is no time to delay action. The Government must act decisively and soon. People & Planet will keep the pressure on to make sure that they do.