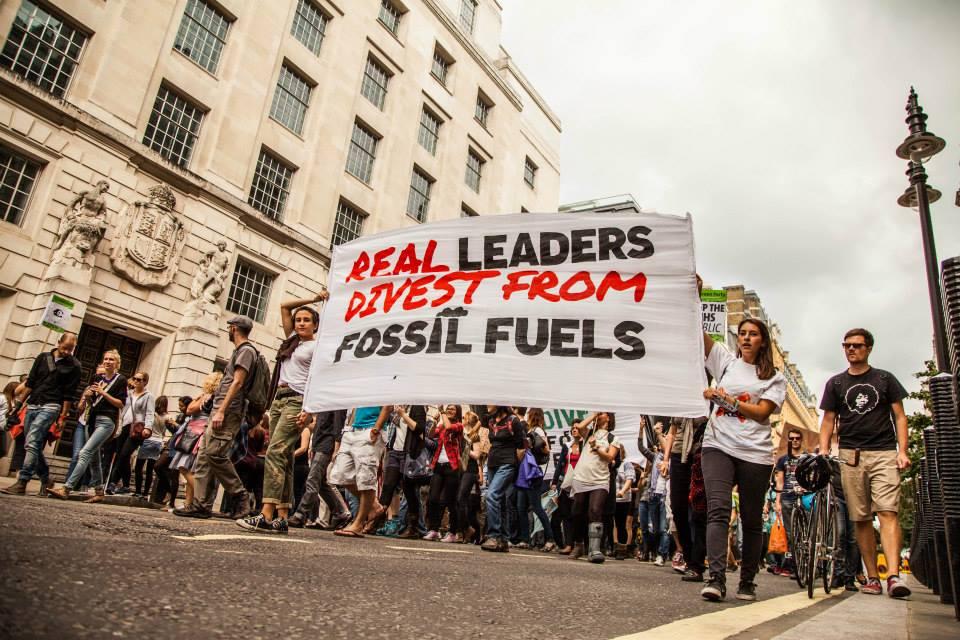 The People & Planet groups network has over 50 groups at universities and colleges across the UK, where students come together to tackle the root causes of social and environmental injustice and organise on their campuses.

People & Planet groups have a high profile on campuses, planning hard hitting and creative campaigns, raising awareness of issues and then organising visual stunts, mass protests and direct action to achieve their goals.

It’s not just about the serious stuff though. Being part of a People & Planet group can create and foster new friendships and communities and our groups frequently organise social activities, whether they be ceildhs, potlucks or bonfires!

"During my time at Sheffield People & Planet, I've been lucky enough to be part of our successful fossil fuel divestment campaign which helped me make great friends, and taught me how to run radical, strategic campaigns and effectively use direct action in the movement for climate justice."