Charter for ethical reporting on migration

The Migration Media Charter is a collaborative effort between journalists, migrants and people working in migrant policy organisations, compiled by Migrants’ Rights Network and People & Planet.

This Charter is intended as a set of guiding principles to use when reporting on migration, and contains practical advice for everyone working with traditional or digital news platforms - writers and broadcasters, editors and producers. The Charter is written for everyone committed to promoting richer, more accurate stories of migration. It aims to outline the structural and cultural problems with how the media reports migration, with a particular emphasis on the real-life impact on migrant communities, to promote fair, informative, and contextualised coverage on migration, and to encourage journalists to proactively provide alternative stories of migration.

Currently, ‘illegal’ is the most common precursor to ‘immigrant’ in UK newspaper headlines. Not only is it dehumanising when referring to a human being - their identity seemingly criminalised - but also inaccurate: the majority of cases are processed through civil rather than criminal courts. Using ‘illegal’ exposes people suspected of being undocumented to misrepresentation or abuse.

The word ‘illegal’ must never be used to describe any migrant, unless it is in a direct quote.

Journalists should not divulge the migration status of any person they report on without the full, informed consent of the subject.

Ask yourself: How is an interviewee’s migration status relevant to the story? What better terms can be used for migrants without the correct documentation?

2. Migrants are not to blame

Media coverage around migration often suggests it contributes to an overall decline in living standards - from public service and housing shortages to community tensions and violent crime. Migrant workers have been blamed for depleting wages and labour quality for non-migrant workers because they will accept lower pay and conditions, despite most people having little say over their specific terms of work. Calls to slow labour decline or improve access to local services by tightening immigration controls ignore the evidence that restricting ‘official’ avenues through which some people can migrate may force others to use ‘unofficial’ migration channels, leading to a larger pool of precarious people vulnerable to poor living and working conditions.

Migrants are not to blame for low wages, job scarcity, housing shortages or exhausting public services.

Journalists should frame migration issues responsibly, and consider placing the duty for the quality of labour conditions or local services away from migrants towards those with the power to change it.

Ask yourself: How can the story be reframed in a way that does not place blame on migrants seeking a better life? What are the structural causes of low pay or overextended local services?

3. Migrants are neither ‘deserving’ nor ‘undeserving’

Migrants escaping persecution are often portrayed as more deserving of public support than those deemed as migrating simply for ’economic’ reasons. Notwithstanding that fleeing poverty or moving in search of a dignified life are basic human rights, the simplistic categories of ‘deserving’ and ‘undeserving’ migrants misrepresent the myriad reasons why people choose to migrate – for example, the economic causes of migration may have been exacerbated by environmental devastation or political conflict at home.

People rarely migrate for a single reason and should not to be artificially divided - implicitly or explicitly - into ‘deserving’ or ‘undeserving’ categories.

Journalists should recognise the negative connotations of using terms such as ‘economic migrant’.

Ask yourself: What reasons drive people to migrate other than the purely economic? Is your subject happy to be termed an ‘economic migrant’ or can they be better described?

4. Put migrants on platforms and in newsrooms

The underrepresentation of migrants in the media has allowed negative reporting to go unchecked, leading to a one-sided, ‘us’ versus ‘them’ migration narrative to take root. Considering that the ‘immigration debate’ dominates the headlines, accompanying stories are rarely written by those with direct experience of migration. An increased representation of Britain’s migrant community across the industry will better reflect diversity of opinion and help address the imbalance in migration coverage.

Media outlets can benefit from a more diverse workforce and set the standard by hiring more journalists with direct experience of migration, including writers of colour.

The industry should improve access to journalism schools or spokesperson and media training for people from migrant backgrounds.

Ask yourself: How is migration coverage affected by the lack of migrant representation in the media? What additional support for migrant journalists can be provided by the industry?

5. Cover the positive stories of migration

While it is important to raise awareness of the injustices faced by migrants, it can be easy to slip into a narrative of victimisation. Migrants are not simply passive subjects – they are in charge of their actions and movements, playing a proactive role in our communities, often leading struggles against the oppression they may face. The media can help audiences better understand the reality and complexity of migration in the UK by carrying the positive stories or offering migrant communities the opportunity to relate their own experiences unfiltered.

Media outlets pursuing migration stories should build positive relationships with migrant community networks and invite them to contribute to coverage.

Journalists should consider integrating everyday examples of migrant agency into their reporting of migration where possible.

Ask yourself: In what ways can I enrich my story by speaking to people with direct experience of migration? How can I ensure my subject is not viewed simply as a ‘victim’ but rather a person with agency?

Many migrants interviewed by journalists have subsequently felt unhappy with how their lives have been portrayed – their stories published out of context, in some cases carrying identifiable information putting them at risk. The informed consent of interviewees must always be granted - building trust between journalists and migrant communities will lead to richer stories and make future collaboration more likely.

Ensure that all interviewees are made aware of the full scope of the story being written.

Journalists should make every effort to run the story past their interviewees before submission.

Ask yourself: What support services can be provided to avoid traumatising interviewees? Are any details included which may put interviewees at risk once the story is published?

7. Stay with the story

The circulation of misleading, often inaccurate information around migration policy in the press may stem from a lack of awareness of the legal, social and economic causes and consequences. Media has a duty to consider the human cost of political decision-making and keep audiences informed of new research, legislative changes and the implications for migrants.

Media outlets should raise awareness of significant policy shifts that may have gone unnoticed and consider their impact upon migrant communities.

Journalists should build relationships with specialists, especially those in migrant-led organisations, with whom they can consult when considering evidence or seeking advice on migration stories.

Provocative headlines reporting inflammatory statements around migration often set the agenda for public discussion and significantly impact on migrant communities. Ill-informed comments from publicity-seeking figures have all too often guided the press narrative on migration as under-resourced reporters have little time to research issues, go out into the field, or build relationships with experts and migrants themselves before submitting stories.

Journalists should consider the intent of the people they platform and the consequences for migrant communities once their stories are published.

Media outlets must ensure that a lack of resources or staff will not affect the accuracy of their migration coverage.

Ask yourself: In what ways are the people you platform experts in migration matters and why is their perspective in the public interest? Will more time and support for your story produce a fairer portrait of migration?

9. Raise awareness of the root causes of displacement

While immigration garners vast media attention, the root causes of why people migrate is often missing from coverage. Migration is a legitimate strategy for escaping hardship - offering audiences regular, considered coverage of the systemic causes of displacement not only helps improve understanding among the general public, it also encourages a culture of empathy towards those who migrate.

Media can play a role in normalising discussions around the histories of social conflict, economic instability, military intervention and environmental insecurity inextricably connected to contemporary migration.

Journalists reporting on individual migrants or specific patterns of migration should make every effort to sensitively outline the full context as to why people have migrated.

Ask yourself: What are the reasons behind migration which migrants themselves had no control over? Have people migrated from a region where economic and environmental insecurity or social and political instability are prevalent?

At vast public cost, the state and private companies work together to build and maintain detention centres for migrants, many of whom have fled war or torture and often suffer debilitating mental and physical health. The system of detention, deportation and wider immigration enforcement displays a lack of accountability, denying journalists and civil society access to facilities and leaving migrants vulnerable. Detainees witness riots, assaults and suicides, there is a shortage of care or community work experience among front-line staff, and public servants are co-opted to report on those deemed to have infringed immigration guidelines.

Media outlets and civil society should put more resources into interrogating the immigration enforcement industry and the decades-long increase in the incarceration of migrants.

Reporters should consider seeking access to immigration detention centres, and where possible build relationships with detainees and those affected by broader immigration enforcement policies.

Ask yourself: How am I able to speak to migrants with experience of detention or deportation? Which public bodies cooperate with the immigration enforcement industry and to whom are they accountable?

By signing up to these principles, I am committing to upholding them in my work. 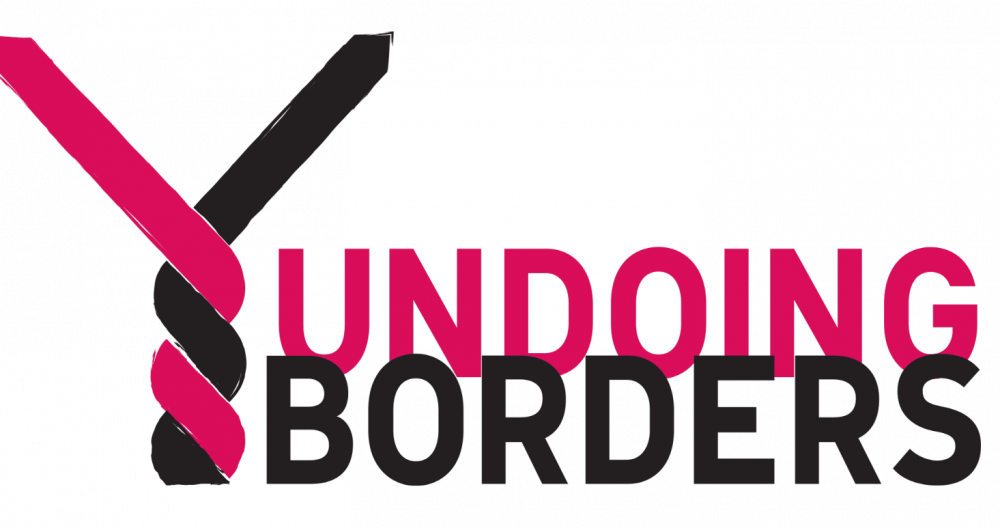