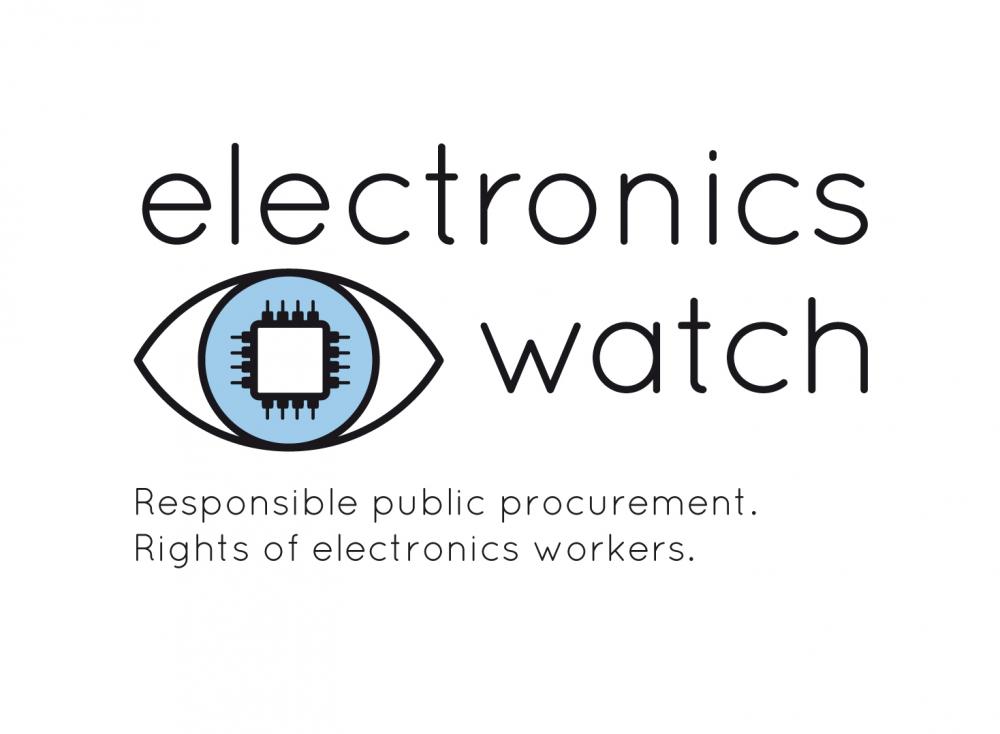 Electronics Watch members are public buyers based in Europe. They do not want our money to be spent on products made in horrible conditions.

Electronics Watch members are coming together to say that they don’t want to buy products that were made under modern slavery, with forced labour, or simply in degrading working conditions.

Electronics Watch directly supports worker led monitoring and accountability through informal workers groups, civil society organisations and independent trade unions where workers in sweatshops are based, from Mexico to South Korea and from the Philippines to China

The primary goal of the Sweatshop Free campaign is to get universities, colleges and other public sector bodies to join Electronics Watch, allowing them to find out the working conditions the products they purchase are made in.

The Sweatshop Free campaign has been pushing hard since Electronics Watch was launched to get public sector institutions to join. So far, the following universities and higher education purchasing consortiums in the UK have joined Electronics Watch. You can view the full list of affiliates here.

They’ve all decided to take a leading role in helping to stamp out abuses in their supply chains!

This year, we’re hoping that even more universities and colleges will join the movement for workers’ rights and join Electronics Watch. You can be a part of that movement. If your university or college is not on the list, join the Sweatshop Free campaign and help get them to join.

People & Planet is not made up of professional campaigners. We depend on students like you, at over 60 universities and colleges across the UK, to make demands.

This demand is clear: we do not want to use computers that were made in degrading conditions. Come together with other public buyers across Europe, affiliate to Electronics Watch and help support workers’ rights globally. 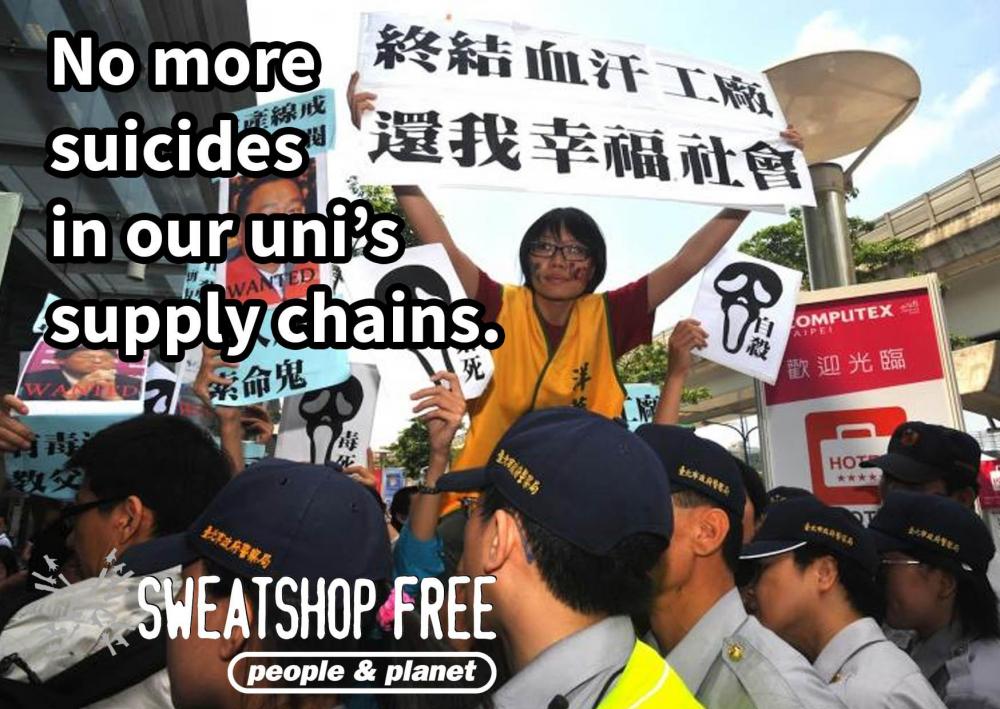 Why campaign for electronics workers rights?

Our universities and other public sector bodies spend huge amounts on electronics, such as computers, laptops and phones. In fact, 1 in every 5 computers across Europe is bought by the public sector. This gives them the power to demand better conditions for workers in the electronics industry.

Workers in the electronics industry face multiple rights abuses, including low pay, forced overtime, exposure to dangerous chemicals without adequate protection and restrictions on the right to form and organise trade unions. These abuses are prevalent throughout the supply chains of all major electronics brands, meaning that the computers used in our colleges and universities are made in these conditions.

Whilst universities and other public sector organisations are clearly committed to workers rights, often having ethical procurement policies, currently they are not able to implement them, and workers are suffering in our supply chains as a result. The Sweatshop Free campaign seeks to give universities and colleges the power to ensure the electronics they purchase are not made in sweatshop conditions.