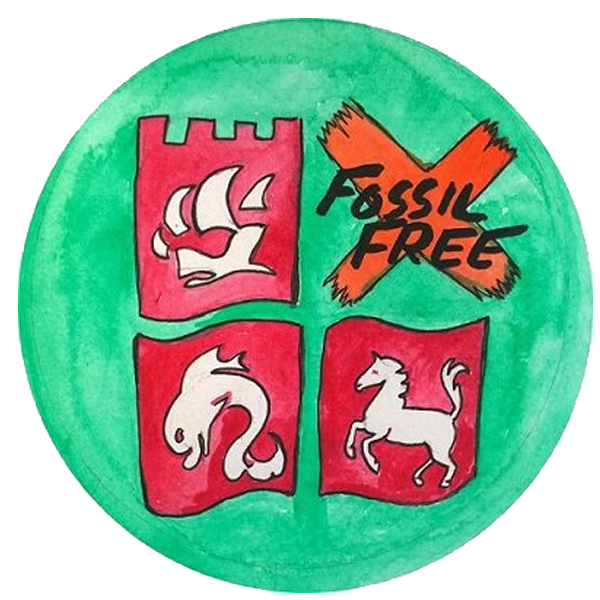 On the 2nd of December, Bristol Green Party Councillor Carla Denyer put forward a motion to Bristol University's ‘Court’ with the support of the UoB Fossil Free campaign. The motion both proposed that the University should ‘set a lead in tackling climate change’ by gradually phasing out its investments in companies which derive the majority of their revenue from fossil fuel extraction, and advises the Board to commit to completing this by the end of 2021. In 2015, Denyer submitted a similar motion to the Court, which was only 3% short of passing. Now, in 2016, we can proudly say that the motion has passed by an overwhelming two-thirds of the vote.

It is essential that the University phases out our investments in fossil fuel extraction companies, which currently constitute around 5% of our endowment fund. The Fossil Free campaign at UoB will support this statement for two main reasons: first, because we consider it morally wrong to invest in companies which extract fossil fuels when we know that this will cause serious harm to the environment. Second, because it is not financially viable to continue investing in these companies now that world leaders are committed to reducing CO2 emissions. Indeed, leading experts such as Nicholas Stern have made clear that staying below a 2°C increase in global temperatures means that approximately 75% of the current fossil fuel reserves must stay in the ground. Hence, the University of Bristol is investing around £5.6 million in companies whose assets should not, and cannot, be used.

Around fifteen members of the Fossil Free campaign were present outside Court with banners, placards, and leaflets. This was not a ‘protest’ as such, given that we have recently had some very productive meetings with the university’s Finance Director. Instead, it was a presence with the intention of showing our support for the motion, handing out leaflets and answering the questions of the Court members. ITV West and BBC Radio Bristol turned up to cover the presence and, later, The University Paper Bristol, Epigram (the University’s newspaper), Bristol Cable, and Green Party Bristol also wrote pieces.

We certainly feel as though progress has been made, especially considering how much support the motion received from the Court. Outside of Court, too, the campaign is growing rapidly with over 2,300 signatures on our petition, with a separate staff petition gathering more than 50 signatures, an increasing amount of recognition from the press and more public action. Of course, we still have some way to go. That being said, we hope that our upcoming meeting with the new Finance Director of UoB will give us a more concrete idea about the University’s response to the question of divestment.

We are committed to getting UoB to join the many universities, charities, companies, and cities that have already divested.  As a leading institution in climate change research, it is time for the University of Bristol to divest: not just to play a leading role in tackling climate change but, increasingly, to not be left behind.