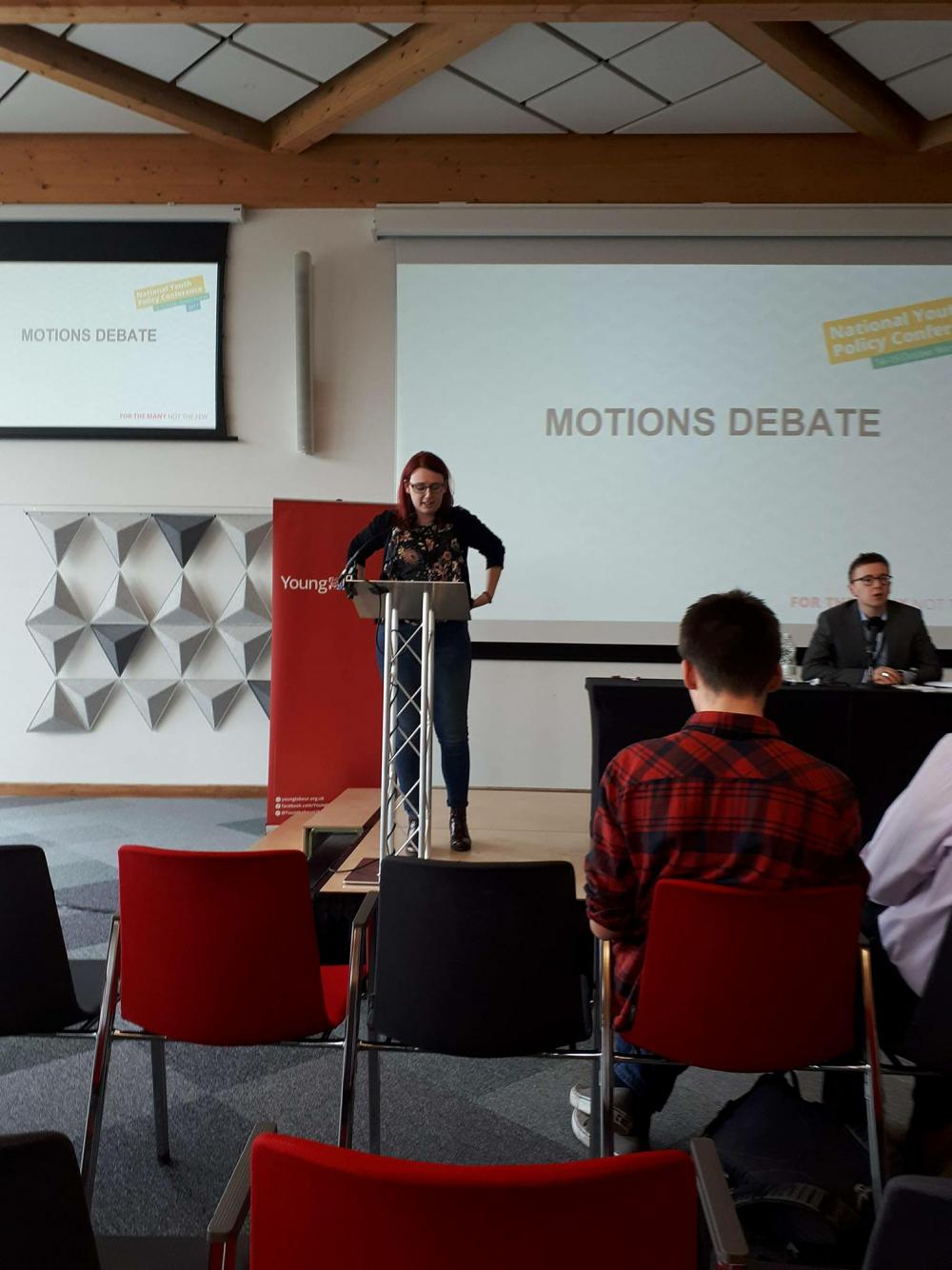 Highlights included celebrating the success of the divestment movement in the UK so far from over one third of UK universities having some level of divestment commitment; two Labour Councils divesting their pension funds; and support from UNISON and the Trade Union Congress (TUC). Furthermore, the motion mandates Young Labour and encourages the national party to work in practical solidarity with communities struggling against fossil fuel extraction on its front lines around the world. Domestically, it sets out a vision for a just transition to a renewable powered economy that is fair for everyone including workers.

The success of this motion within the Labour Party is further evidence that divestment has gone mainstream thanks to the tireless campaigning work of climate justice organizers across the UK and the world, on and off campuses.

The overwhelming majority of known fossil fuel reserves must not be extracted and burnt to avoid the irreversible effects of catastrophic climate change.

While the profits of climate change are privatized, there is significant risk of financial loss in the public sector if investments in fossil fuels become stranded assets and the social and financial costs of the climate crisis continue to be socialised.

The manifesto ‘For the Many Not the Few’ already calls for greater investment to decarbonize the economy and for publicly owned sustainable energy production.

UK universities support the fossil fuel industry directly through their £5.2bn investments in fossil fuel companies, but over one third have now made divestment commitments following student-led campaigns.

Labour councils Waltham Forest and Southwark were the first in the country to divest their pension funds from fossil fuels following local campaigns.

The TUC recently adopted policy to investigate the long-terms risks of fossil fuel investments, and promote divestment and reinvestment in the sustainable economy.

Unison recently adopted policy to campaign with other trade unions to divest Local Government Pension Scheme from fossil fuel investments over the next five years.

Young Labour and the Labour Party should follow the lead of young people who will suffer the worst effects of climate change, along with the working class/global poor, women, and migrants displaced from the global south, as they lead calls for public funds to be used to solve the climate crisis rather than worsen it.

The Labour Party should support fossil fuel divestment campaigns, and encourage all publicly funded institutions to divest and positively reinvest in renewables for a just transition.

The Labour Party should support divestment of local government and parliamentary funds in the interests of pension scheme members, taxpayers and those affected by climate change.

Banks should not drive climate co2lonialism by financing fossil fuel extraction globally. Young Labour and the Labour Party should commit to using ethical banks that do not finance fossil fuel companies, including explicitly boycotting Barclays, who have the highest levels of fossil fuel finance of all UK high street banks, and have been the subject of national campaigning and demands for them to divest.

The Labour Party should work with trade unions and climate justice campaigns to implement divest-reinvest policy as part of the Just Transition industrial strategy to rapidly decarbonise the (global) economy and ensure job security and compensation for workers in affected industries.

A Labour government should found a national green investment bank to fund mass investment in renewable technology innovation and infrastructure.