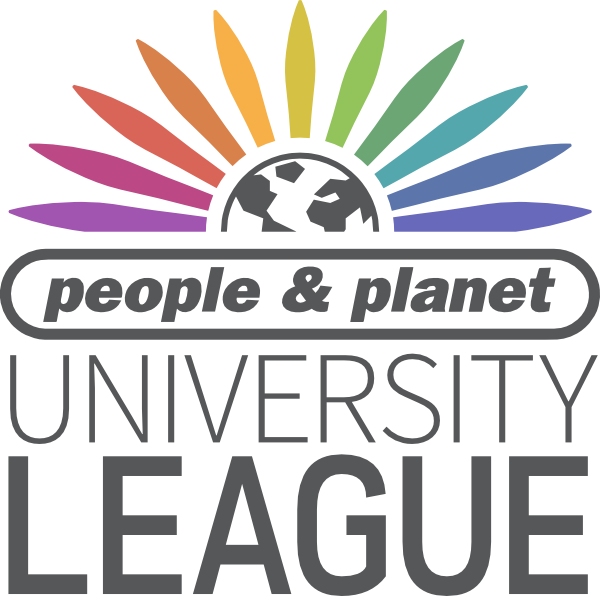 Not only has the 2015 #1 failed to make any recognisable progress this year, the University of Plymouth has also failed to maintain it’s ranking between 2016 and 2017, falling a further two places down to 14th.

Two of the University of Plymouths lowest scores are for Ethical Investment and Workers Rights.

As a University which prides itself on its ‘sustainability’ surely they would be working hard year after year to improve their score, and become more sustainable and environmentally friendly. Supporting workers’ rights and protecting the environment, would certainly be something that the University of Plymouth would support, isn’t it?

With over a third of UK universities having committed to exclude fossil fuel companies from their investment portfolios, there is a trend across higher education providers to decarbonize. With climate sciences coming under fierce attack in the US it would be great to have the support of the University of Plymouth adding to the 695 institutions that have made fossil free commitments, globally.

However, despite two pleads, since this summer, from People & Planet, NUS and its students, Plymouth refuses to support the Fossil Free movement. Despite having never had investment in the fossil fuel industry. Why would this institute, an institute which prides itself on being established as ‘the sustainable University’, refuse to take the next step and commit to maintain its absence of investment?

Growing support from students and local people are trying to pressure Plymouth to affiliated to Electronics Watch, an independent labour monitoring organisation that supports universities and other organisations to improve working conditions in their electronics supply chains. Students money is being spent on products, and they want they assurance that their money is used to eradicate rather that perpetuate a system which is based on the exploitation of workers and the inhumane conditions they suffer!

As the University of Plymouth is an award-winning University for sustainability, it would be in the University’s best interests, and a moral responsibility, to commit to remaining divested in the fossil fuel sector and to join Electronics Watch. It would fulfil part of the University’s core principles (Institutional Sustainability: sustainability in our finances, reputation, services, and environment) by leading the way to more sustainable sources, as well as stating how your finances will not support an unsuitable industry.

The University will be supporting ever-increasing pressure for fossil fuels to become obsolete, and promoting the utilization of alternative energy sources which produce less pollution, as well as supporting basic human rights, and the establishment of safe working conditions for all people, regardless of the country they are in.

The University of Plymouth has a target to be within the top 5 by 2020, as stated in their Sustainability Strategy, this result shows that not only is Plymouth failing to live up to its reputation as a sustainable university, it is also failing to work towards its own targets.

Make sure you support the calls for University of Plymouth the join Electronics Watch and commit to never investing in the fossil fuel industry!