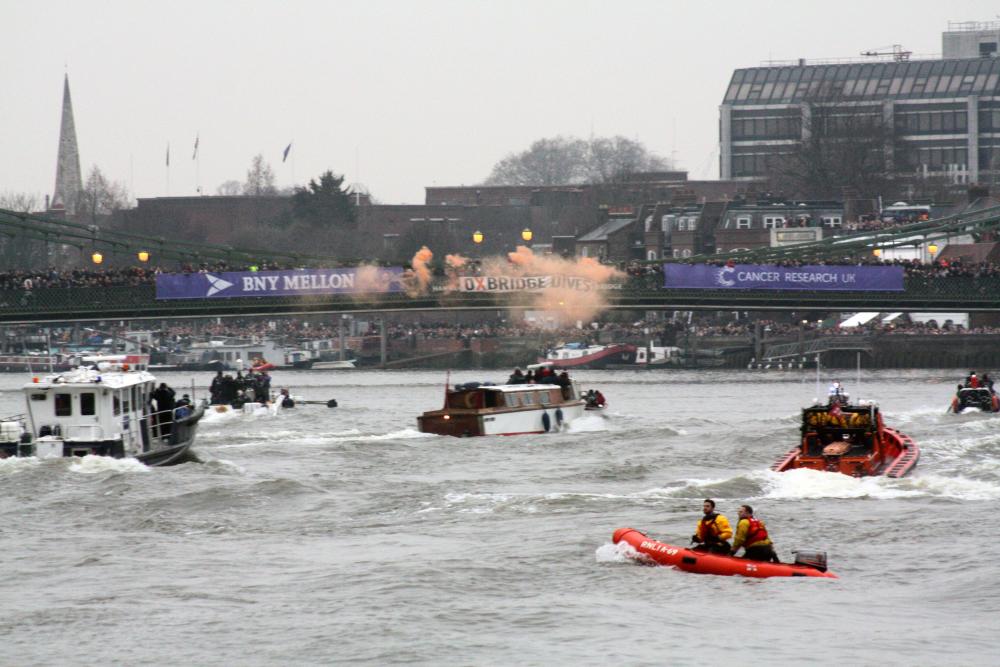 TODAY students staged a massive banner drop at the Annual Boat Race between Oxford and Cambridge, as a protest against the universities’ investments in fossil fuel companies.

Cambridge University is currently under intense scrutiny from students and staff after leaked documents revealed it is set to reject fossil fuel divestment once again.

Cambridge University will take a decision on fossil fuel divestment this May, in the face of widespread protests to increase transparency and democratise decision-making.
Folder for photos updated immediately after event - https://drive.google.com/drive/folders/1U8Ca-HVz10huDyiyZC0RepTsGEtaWpr9?usp=sharing
Contact: Khem Rogaly from Cambridge Zero Carbon Society, kjsr2@cam.ac.uk, 07864745597
24th March 2018 - TODAY, student protesters from Oxford and Cambridge dropped a 10 metre long banner calling on their universities to divest from fossil fuels during the annual Cambridge vs. Oxford Boat Race. The banner demands that “Oxbridge Divest”, drawing the attention of millions of viewers to the decision on divestment that Cambridge University Council will take in the next two months, as well as to the student pressure on Oxford to divest fully following its 2015 move to cease indirect investments in coal and tar sands.
Tazu Walden, member of Cambridge Zero Carbon Society, said: ‘For as long as Cambridge continues to fund climate breakdown and disregards its commitment to sustainability, we're going to keep putting public pressure on University management. It's time for Cambridge to listen to its students and staff, reflect on its moral obligations, and divest from fossil fuels.’
Motions in favour of divestment by student and staff councils have passed unanimously in recent years, including in Cambridge’s governing body, Regent House. However, in May 2017 the University created a working group to circumvent this decision. A leaked copy of this working group’s draft report revealed it would recommend that the University reject divestment for the third time in three years.
Julia Peck, member of Oxford Climate Justice Campaign, said that the Oxbridge campaigns “imagine two universities investing in a sustainable future; such a future simply cannot involve fossil fuels -- for the good of both people and planet.”
Cambridge Zero Carbon Society, a student-led group which campaigns for Cambridge to divest its £6.3 billion endowment from fossil fuel companies, staged a march last week of more than 350 staff and students.
Following the revelations in the Paradise Papers about Oxbridge’s offshore investments in oil exploration, Zero Carbon has united staff and other activist groups in calling the University to increase transparency and democracy. Despite this pressure, the University has rejected at least 20 FOI requests on its investments in recent months.
In a week where three Russell Group universities--Bristol, Durham and Cardiff--have all divested from fossil fuels, Oxford are also facing pressure to follow suit. More than 100 faculty members have signed a letter of support, and hundreds of alumni have pledged to withhold donations until a full divestment commitment.

People&Planet’s call-out for the National Day of Action can be found here: https://peopleandplanet.org/blog/2017-10-25/call-out-escalate-fossil-fuel-divestment-campaigns-national-day-action

More about Divestment:
Divestment is the act of removing investments, usually as a result of moral or ethical concerns. Divestment campaigns in the past have targeted the Apartheid regime in South Africa, tobacco advertising, and violence in Darfur. You can find out more about divestment here: http://gofossilfree.org/what-is-fossil-fuel-divestment/
The aim of divestment is primarily to highlight the moral unacceptability of further fossil fuel exploration and extraction, at a time when we already have access to far more proven fossil fuel reserves than we can safely burn if we are to avoid catastrophic climate change.

More about the Paradise Papers:
The findings of the Paradise Papers have revealed that Cambridge University has been investing millions in offshore funds, primarily in fossil fuels. The Guardian article can be found here: https://www.theguardian.com/news/2017/nov/08/paradise-papers-oxford-cambridge-invest-millions-offshore-funds-oxbridge