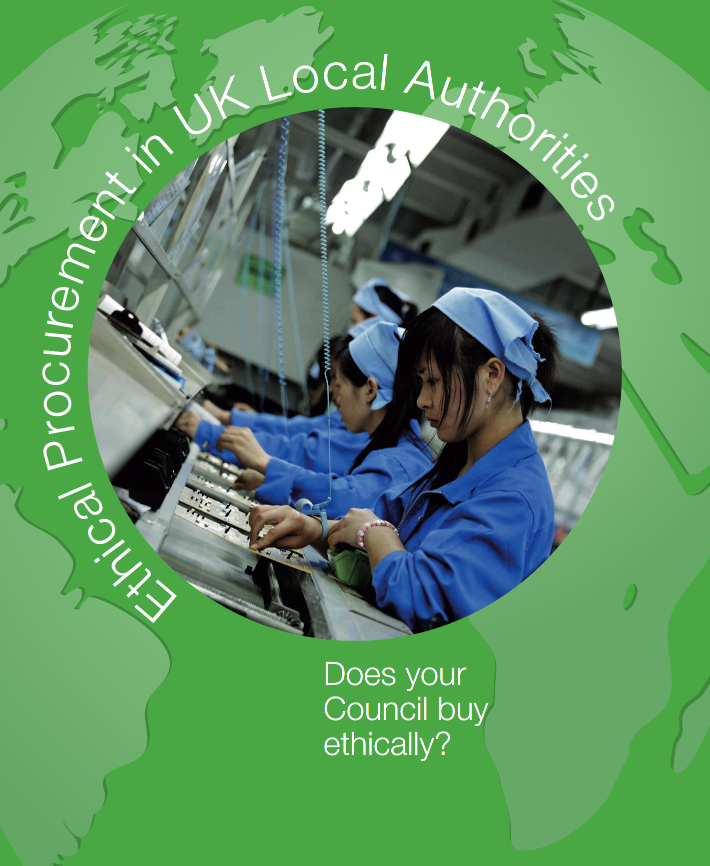 Local authorities are not doing enough to protect workers' rights globally, according to research published today by UNISON and produced with People & Planet.

According to the report Ethical Procurement in UK Local Authorities, produced by People & Planet on behalf of UNISON, only eight of the 190 local authorities looked at had a standalone ethical procurement policy.

Products bought and used by local authorities have long and complex supply chains with production taking place in a number of locations. These supply chains are controlled by companies whose low-cost, fast production business models have led to abuses of workers' rights including forced labour, according to the report.

Some local authorities are implementing sustainable and ethical procurement strategies but these lack depth and do not put adequate practices in place to have any real or tangible impact on supply chains, says UNISON.

UNISON is urging local authorities to use their purchasing power to improve the lives of people affected by global supply chains, both within the UK and across the world.

People & Planet campaigns and movement building coordinator Annie Pickering said: "Protecting workers' rights is not only important in the places we work, but also throughout the supply chains of the goods we buy.

"Other UK public institutions, like universities, are taking action on sweatshops in their supply chains. Local government has the potential to do the same."

UNISON head of local government Heather Wakefield said: "Any abuse of human rights is unacceptable and needs to be addressed as a matter of urgency.

"UK local government is in a position to influence and shape the industries they buy goods from. They have the opportunity to play a key role in reforming supply chains and dramatically improving the lives of workers across the world.

"Ethical procurement practices in local authorities remain in the early stages and lack clear and effective polices for addressing violations of human rights. This needs to change."

-The research that forms the basis of the report was conducted between October and November 2017, and covers 190 local authorities in the UK, 45% of the 418 UK local authorities. These local authorities were chosen for this study in order to have a broad cross section from across the UK and of different types of authority – county, unitary, London borough.

-80% of local authorities looked at, either make reference to sustainability in their broader procurement strategy, or have a standalone sustainable procurement policy.

-One in five local authorities were unable to find evidence of sustainability being part of procurement practices, policies or strategies.