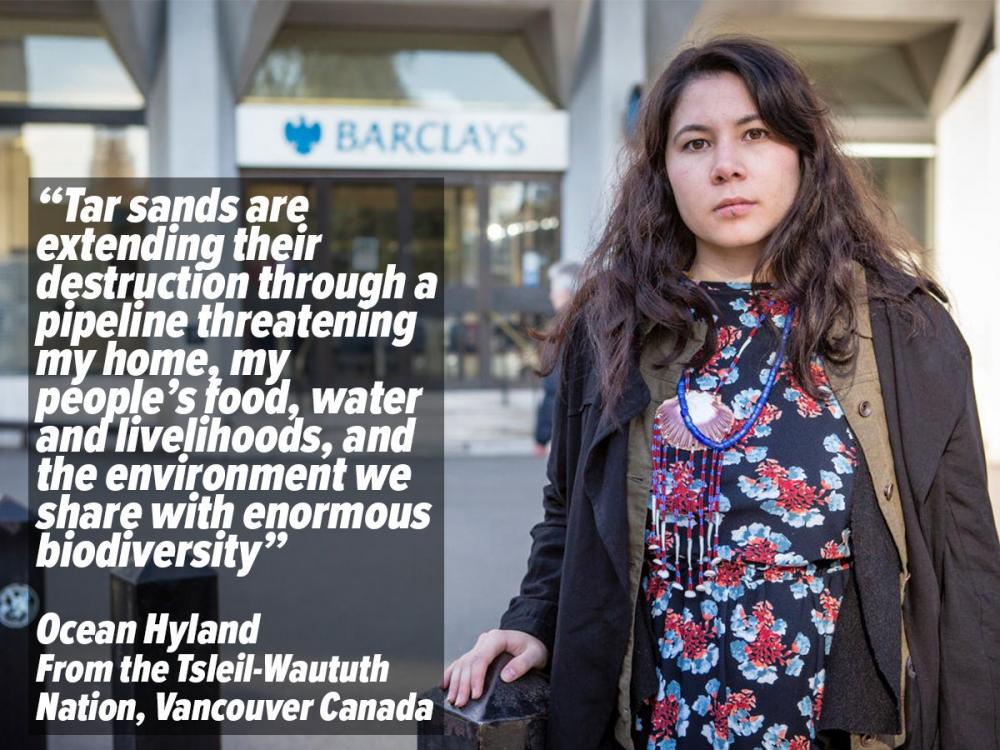 My name is Ocean Hyland, I am from Tsleil-waututh Nation which is a community located near Vancouver, BC, Canada.

A community which would be heavily affected if the proposed pipeline expansion is built through our traditional, unceded territory.

During my stay in London I met many activists and locals who held shared views of environmental protection and stewardship. Including students from People & Planet.

On May 1st 2018 I spoke at the Barclay Bank AGM, questioning the bank to divest from future tar sand pipelines- formally owned by Kinder Morgan a Texas based oil company, which has now been bought by the Canadian government.

Now that Kinder Morgan has backed away from the project, we are now forced to rally against our elected government to assure this proposed pipeline does not get build.

So now more than ever Canada needs allies and friends to support the indigenous leaders in sustainable stewardship, local individuals and activists who are protecting the land, waters, animals and air.
We can do this together, united by the love for this place we all call home. Water if life it connects us all, from the shores at my home at Tsleil-Waututh all the way the shores that surround the United Kingdom.

Stay informed, keep in touch, take action, and do so from a place of love and peace!