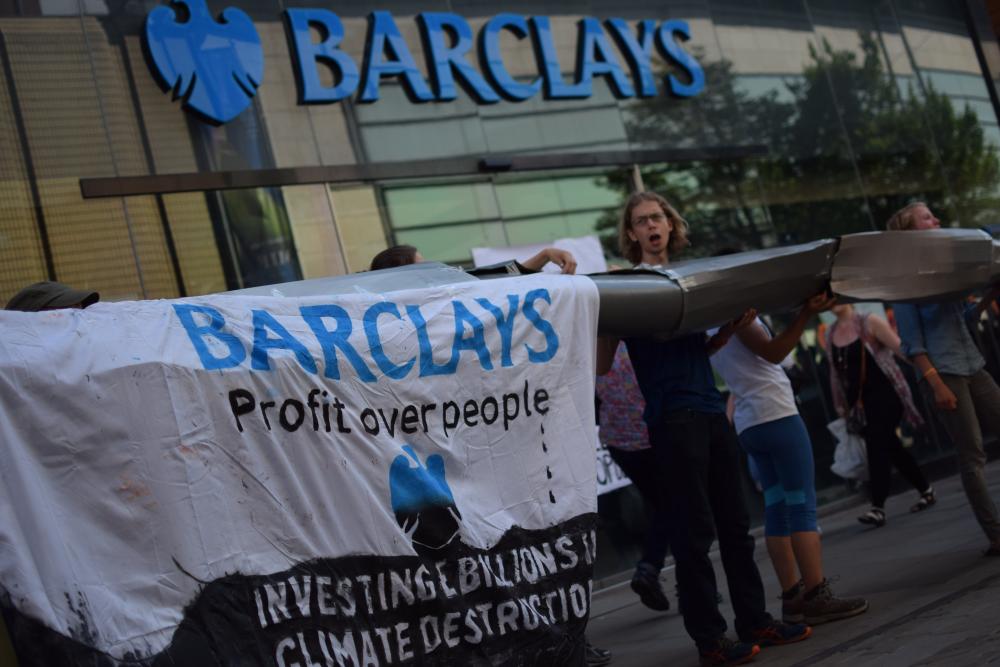 Barclays have just released their much anticipated updated energy policy. Surprise, surprise… Its disappointing to say the least.

Here are the headlines:

This was an expected move. They follow Standard Chartered (another British bank) in ditching finance for new coal projects. It is an increasingly mainstream position. Most coal new coal is taking place in Asia which accounts for relatively little of Barclays’ market, so this isn’t a big sacrifice for them.

Although Barclays won’t finance specific coal mines or power stations, they will still provide financial services to the companies behind those projects. Its a cop out.

Barclays’ main market is North America where dirty tar sands are a big issue. They’ve faced powerful calls to ditch finance for tar sands pipelines including at the last AGM which People & Planet students disrupted. If Barclays were serious about the climate, they’d have started by dropping tar sands.

As coal plummets in popularity, fossil fuel companies and banks think they can just replace it with gas. People & Planet say NO! Gas is a fossil fuel and we can’t afford to extract and burn any more. Same with oil. There’s no such thing as a transition fossil fuel.

We want them to totally ditch all project AND corporate finance for all fossil fuels. That means no more money for specific coal, oil and gas infrastructure. It also means no money or services for the companies like BP and Shell behind them.

We’re calling on students’ unions and universities to boycott Barclays until they commit to excluding all fossil fuels.

We’re going to carry on targeting Barclays branches up and down the country to make customers and the public aware that the bank is financing climate breakdown.

Support us to expand the campaign by making a regular donation to People & Planet.

If you’re a student and want to get involved, email fossilfree@peopleandplanet.org.