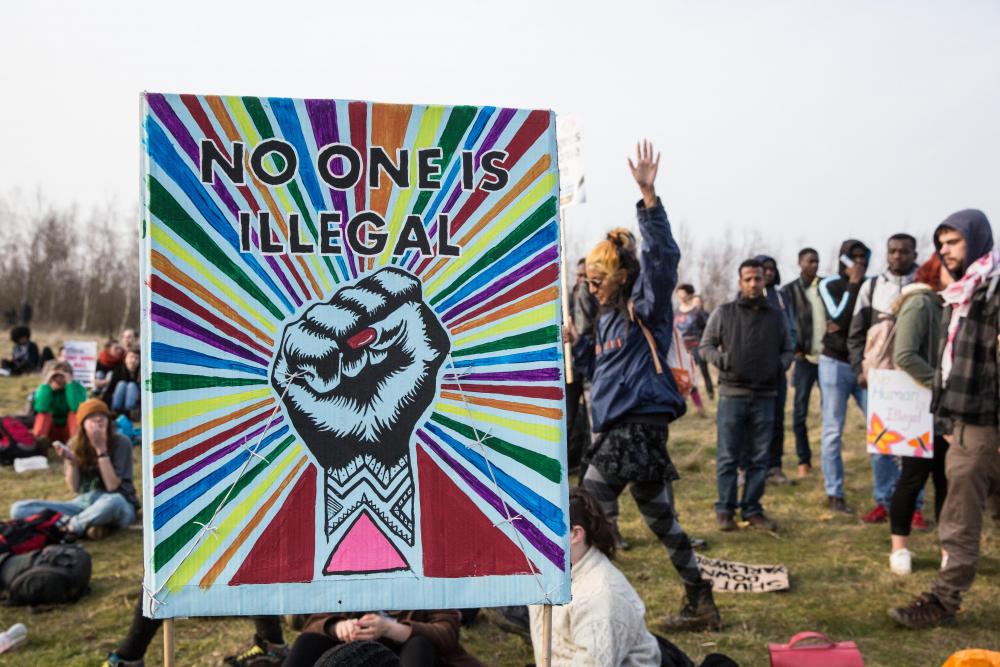 When we talk about climate justice, we don’t just mean divestment and a transition to cleaner energy, we also mean justice for those whose lives have already been impacted by climate change.

Displacement due to climate change is a relatively recent phenomenon, but it’s a constantly growing crisis. Between 2008 and 2015, the UNHCR estimates 22.5 million people were displaced by climate related events, and rising temperatures in developing countries directly correlate with asylum applications to the EU. These numbers will continue to rise as climate instability becomes a driving force behind migration alongside recognised factors such as war, political instability and economic failure (which often come as a consequence of climate-related disasters).

It’s not as simple as those who have had their homes destroyed by extreme weather or environmental catastrophe, climate change also means that those who are reliant on agriculture to provide money and food can often be left with neither after crop failures, droughts or flooding. The climate change factor in an individual’s reason for displacement is often overshadowed by recognised factors such as economic hardship, meaning they are often classed as economic migrants, implying an element of choice in their decision to leave their homes. And, under current UK law, this makes them ineligible to seek asylum in Britain.

These asylum laws are based on the 1951 Geneva Convention on Refugees and the 1967 Protocol Relating to the Status of Refugees, long before the true threat of climate change was realised. Under these laws, climate change is not a recognised factor behind forced migration, and therefore climate refugees face huge barriers when trying to find a place to live safely. It is estimated that 300 million people will be displaced for reasons related to climate change by 2050, and governments must implement appropriate and fair migration policy to accommodate for this influx. It is widely acknowledged that people in developing countries are disproportionately affected by climate change, despite not being responsible for the emissions that cause it. Any government that wishes to tackle climate change must not only aim to reduce emissions, but also accept accountability and help those whose lives have been destroyed by environmental changes. This must include contingency planning for environmental disasters that protects the most vulnerable, as well as exploring how climate change will affect camps and areas which receive high volumes of displaced persons.

Hesitancy to include climate change as a reason to seek asylum comes from the complexity of defining the exact link between climate change and migration, as other factors often play a part. It is thought that adding another factor to the definition of refugee would be stretching it too thinly, and that there is not a political appetite for it. But this lack of political appetite merely stems from climate refugees being left out of conversations about climate change, as governments tend to focus on preventing climate change rather than making reparations for damage already caused. But this cannot continue to happen. Rates of migration due to climate related causes are increasing exponentially, and whilst powerful nations such as the US and the UK should absolutely be assessing their environmental policy, they also must take part in ensuring that those affected by climate change can find somewhere safe to live. This issue must be addressed by the UK Government in order to achieve true climate justice.

People and Planet Edinburgh have started a campaign to raise awareness of this issue, in the hope that these necessary conversations can begin to happen before it is too late. Sign the petition here: https://act.peopleandplanet.org/p/climaterefugees