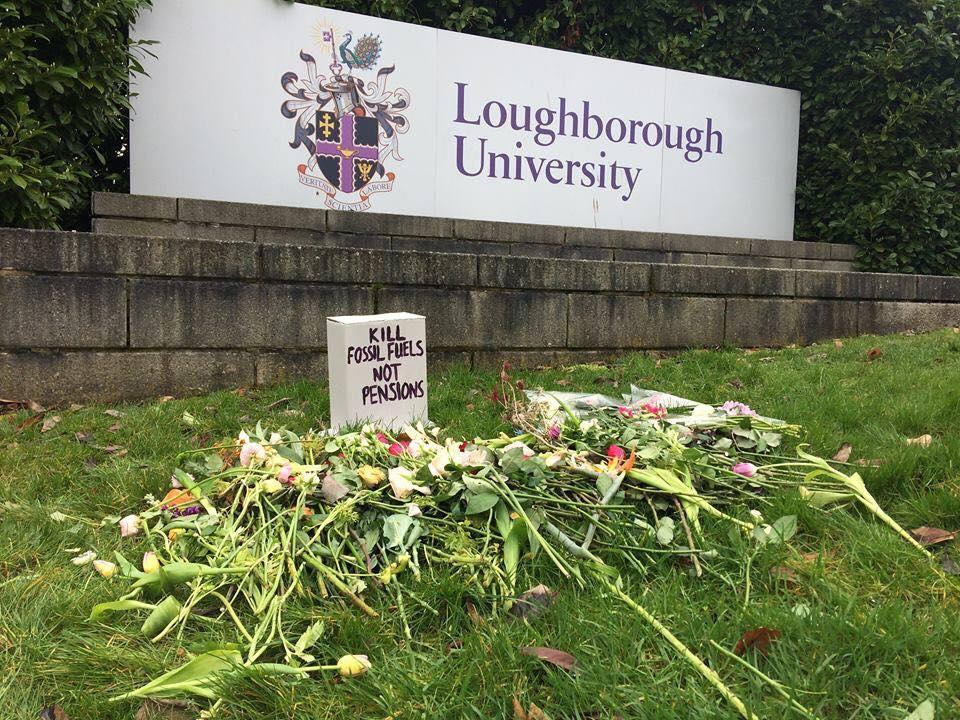 Found that your university management are sometimes uncooperative or even belligerent? It’s likely that staff are just as tired of them as you are. The forces that students are fighting against are the same ones that led to pay cuts for staff and increased workloads and zero-hour contracts. We have far more in common with our lecturers than we might initially think.

For this reason, many staff have the same interests as you and may be able to support your campaign. Last year, Loughborough People & Planet found that building a relationship with staff helped us to get the Fossil Free win at our university.

UCU members on our campuses are currently being balloted for potential strike action over a 21% pay cut since 2009, an increase in workloads and casualisation and an unaddressed gender pay gap of over £5000. The ballot closes on 22nd February.

This could be a good opportunity to open dialogue and start a relationship between your campaign group and the UCU branch on your campus. This is a key group that we recommend you try to get on your side to help you win your campaign.

A first step would be to speak to your UCU branch to set up a staff-student solidarity meeting. Students and staff could meet up formally or informally, maybe over a few drinks somewhere, and discuss how you can help each other and build a strong staff-student movement going forward.

How can we support staff?

At Loughborough People & Planet, we’ve had a good relationship with our UCU branch for the last year. When the current strike ballot opened, we posted our solidarity from social media, letting staff know that we supported a ‘yes’ vote for strike action and that we would be there with them on the picket lines. We also linked resources produced by the Student Left Network, including flyers and an open letter, and there’s also a model motion that you could pass in your students’ union.

During the UCU pension strikes last year, many of us were on the picket lines with our staff every day, often in pretty crappy conditions. At some campuses, students occupied buildings in solidarity with their lecturers during the strikes. This solidarity meant a lot to staff and they didn’t forget it.

We also did an action in solidarity with the strike in Loughborough, dumping hundreds of dead flowers in front of a cardboard gravestone that read ‘KILL FOSSIL FUELS NOT PENSIONS’. Nothing more beautiful than an evocative staff-student solidarity action.

How can staff support us?

If you’re running a Fossil Free or Divest Barclays campaign, divestment is UCU national policy and your branch could speak out in support of your goals. At Loughborough, the UCU branch passed a motion to release a statement in solidarity with our campaign and circulate an academic open letter to members in support of our goals, which we used to convince the university to divest. You can use Loughborough’s academic letter here as a template.

Even if you’re not running one of these campaigns, your UCU branch can still support you, especially if you have a good relationship where students routinely support staff and vice-versa.

How far your branch will support you will change from campus to campus. More militant branches might be more involved, providing support in meetings with management or through joint staff-student actions.

Our movements are much stronger when we have united staff-student campaigns and universities are being targeted from multiple sides. Whether it be the fossil fuel industry, anti-immigration policies or sweatshop labour, we have a large, systematic monster to fight and we need an organised and united movement to tackle it. Building good relationships with staff can transform campuses and lead to a sustained culture of left-wing activism, allowing us to more effectively challenge university management and make sure our universities are ran for staff and students’ interests.

We hugely appreciated the solidarity shown by staff last year and hope we can continue to support each other this year too.

Loughborough People & Planet are now running a campaign to kick Barclays off their campus! Sign their petition here: https://act.peopleandplanet.org/petitions/loughborough-university-boycott-barclays