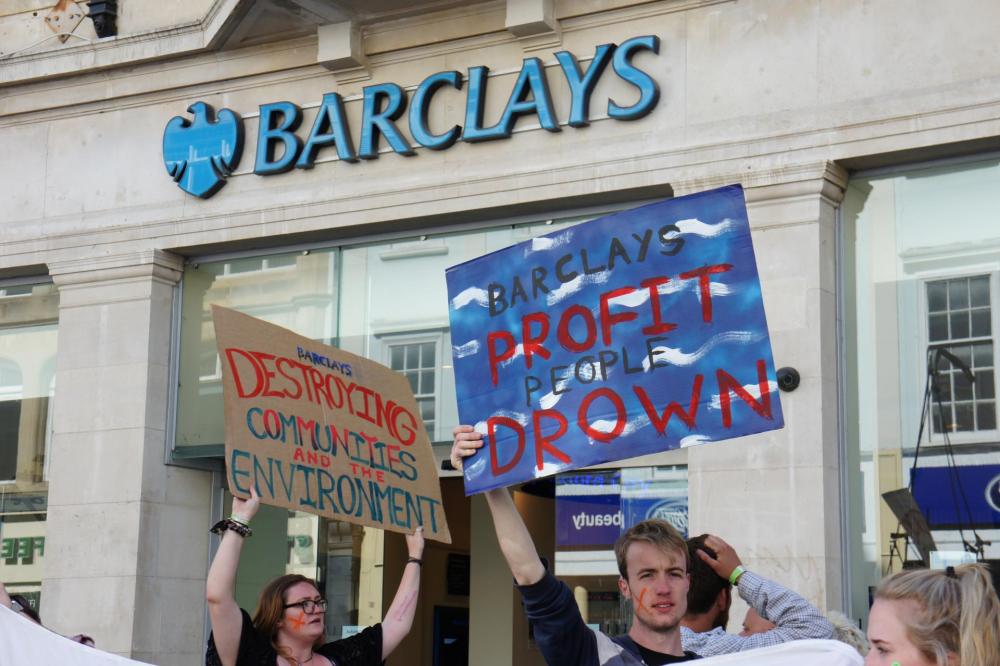 What’s buried near you?

The United Nations report: UNEP Yearbook 2009, p. 45, put the global figure of annual wastes at 2.2 billion tonnes a year, while the World Bank’s Waste Trends 2018 predicts 3.4 billion tonnes by 2050, much of it either buried or thrown into open landfills.

When it comes to human graves, on the other hand, there are no clear estimates about numbers, except for a Wikipedia lists of cemeteries around the world, that does not give the number of graves. Nevertheless, this attests to the fact that the practice of burial remains a common form of disposal of the dead.

Similarly it is extremely difficult to estimate global numbers of mass graves, animal carcass pits, mining spoils, sewers and the like. Of these miscellaneous pits, many containing hazardous wastes, capable of causing congenital malformations, genetic mutations and DNA damage, or else cause widespread disease or poisoning.

The danger of permanent flooding from accelerating Sea Level Rise (SLR) may not be imminent, but it does threatens to infiltrate waste voids and cemeteries in low-lying areas.

Already the ecotoxicological impacts of storms and hurricanes, like Katrina and Sandy have been widely observed, i In the aftermath of hurricanes and storms, in the US, where receding waters washed contaminants of every kind out of conurbations, and into rivers and the sea. )

Although to date Sea Level Rise (SLR) has added only a modest volume of water to the oceans, the voids and absorbent elements of the landscape, shales, soils, porous rocks, caverns, lava tubes, animal burrows, man-made tunnels, ditches and pits, make the land highly permeable in places and able to soak-up a lot of water.

The same is true of SLR, as it reaches formerly inaccessible voids, salt water penetrates into soils above the sea level infiltrating all and any of the waste voids discussed above. Those nearest to the coast may be subjected to slow infiltrations, driven by the daily ebb and flow of the tides, so that a polluted waters begins to seep into watercourses, aquifers and seas, permeating the surrounding ground, sands and rocks.

What makes SLR processes different from normal, surface flooding, is this percolation up, the rising seas eventually percolate through the voids and any contaminated land, taking the path of least resistance, through ground, pipes, sewers, drains and into water bodies.

Once these contaminated liquids ooze out of waste pits, they are diluted, washed out and re-distributed over the coastline by the Longshore Drift, a coastal current that flows at an angle onto the shore, in a sawtooth motion, as waves rebound off the land, progressing along the coast, redepositing its burden of pollutants time and again, before flowing out to the sea.

Pollutants suspended or dissolved in will adsorb (adhere) to all surfaces, including plants aquatic and animals, and be absorbed by porous rocks and soils That is how before being ingested by animals in the coastal waters and shore (bio-assimilation).

As affected animals die, others scavenge their contaminated bodies, toxins build-up in the scavengers’ tissues and organs, and the most persistent compounds concentrate in the coastal food chains, to lethal levels.

But coasts are the nurseries of the seas, sheltering a bewildering range of marine species, their eggs and young. Reefs, rocky shores, sandy beaches, salt marshes and mangroves are amongst the most productive marine habitats. With potentially millions of point sources leaking an unknowable range of highly toxic wastes, simultaneously, from every inhabited coast, it isn’t difficult to predict the rapid decline in all marine communities, starting from coastal ones.

Densely populated, low-lying coastal regions around cities like New Orleans, New York, Los Angeles, Tokyo, Amsterdam, Mumbai, Shanghai, Singapore, Jakarta ,Dhaka and whole coastlines of several Asian countries, not to mention the Pacific islands, the Netherlands and the East coast of the British Isles, are likely to contain any number of waste pits vulnerable to infiltration - many unauthorised and unrecorded - all along most coastlines.

This organic, accumulated since industrialisation, will form a toxic ‘soup’ of rotting biological matter and toxic chemical compounds, with the potential to seep out into nearby water bodies, affecting all life.

The rotting biological elements in these wastes will also provide a glut of nutrients for aquatic microorganisms, like the dinoflagellates and diatoms (microscopic algae). Their proliferation that gives rise to the infamous “red tides” that have recently become a persistent phenomenon in Florida.

Red tides are fatal for most aquatic life, resulting in mass fish deaths ( The sudden increase in frequency and extent of red tides is caused by the concentration of nutrients in coastal waters, either from an upwelling from the sea floor, following violent storms, or from fertiliser-enriched discharging waters from agricultural lands.

It is the FIRST recorded event I see linked to my postulation. Sadly it could also mean that, if I am right, SLR will spell patches of mass extinction happening on many coastlines, and a whole lot sooner than even I had anticipated (mind you, I have been saying this since I left Uni, in ‘99!)

"Miami-Dade has tens of thousands of septic tanks, and a new report reveals most are already malfunctioning — the smelly and unhealthy evidence of which often ends up in people’s yards and homes. It’s a billion-dollar problem that climate change is making worse.

As sea level rise encroaches on South Florida, the Miami-Dade County study shows that thousands more residents may be at risk — and soon. By 2040, 64 percent of county septic tanks (more than 67,000) could have issues every year, affecting not only the people who rely on them for sewage treatment, but the region’s water supply and the health of anyone who wades through floodwaters. Read more here

So what can we do?

The short answer is “Stop Climate Change”, however, that is anything but simple, because of the dependence human societies have built on fossil fuels and animal husbandry, two key sources of Greenhouse Gases. The current status quo will continue to challenge our children, grandchildren and possibly generations to come. What we know is that the urgency of preventing further SLR cannot be overemphasised.

The process already underway may take centuries to reverse, as the ‘half-life’ of atmospheric CO2 is measured in centuries, while Methane’s, which is 25-30 times as potent a greenhouse gas, is 30 years. That is enough time for low-lying Nations like Bangladesh and the Netherlands to be swamped by the tides within a very few decades, and be rendered uninhabitable for decades even after the sea should retreat.

OUR  ‘development’ has locked us into a dependency from Fossil Fuels ( long identified as the most direct man-made cause of the Greenhouse Effect, with animal husbandry a hefty second. And not only do we continue burning fossil fuels, but in recent years have steadily increased consumption.

Abstinence is the only cure!

The stark truth is that, unless we stop using fossil fuels and drastically reduce dairy and meat consumption now, we shall not manage to slow down SLR and the wastes we buried in the land will come back to haunt us. We do not have the luxury of complacency, the insidious seepage of innumerable poisons could already have begun. The Earth’s Elders are charged with doing everything in our power to avoid Global Warming continuing at the present rate or, worse still, accelerating

Humanity needs to divest from the fossil fuels industry, investing instead in all and any renewable alternatives, with local energy resources like wind and solar exploited to their full potential, and rendered accessible to all. This will mean clean, safe jobs for workforces, to replace the dangers of mining and rigours of oil wells, and a chance for the Global south to reclaim native lands for energy projects that will protect, rather than blight the wilderness and most of all it will equal access to clean energy.

Local, solar photovoltaic generation is especially promising, as it:

Alongside this one last chance to create a democratic form of energy for all, we must also begin a programme of energy saving, reduce meat and dairy consumption

Adaptation to the impacts of climate change already under way will need international co-operation of all Nations, putting aside old enmities, rivalries and distrust, and replacing them with a sense of urgency that should bring us together for the sake of our children and grandchildren, and all generations to come.

Today Greta Thunberg represents the billions of young people legitimately asking us, their elders: “What are you doing to save my future?”