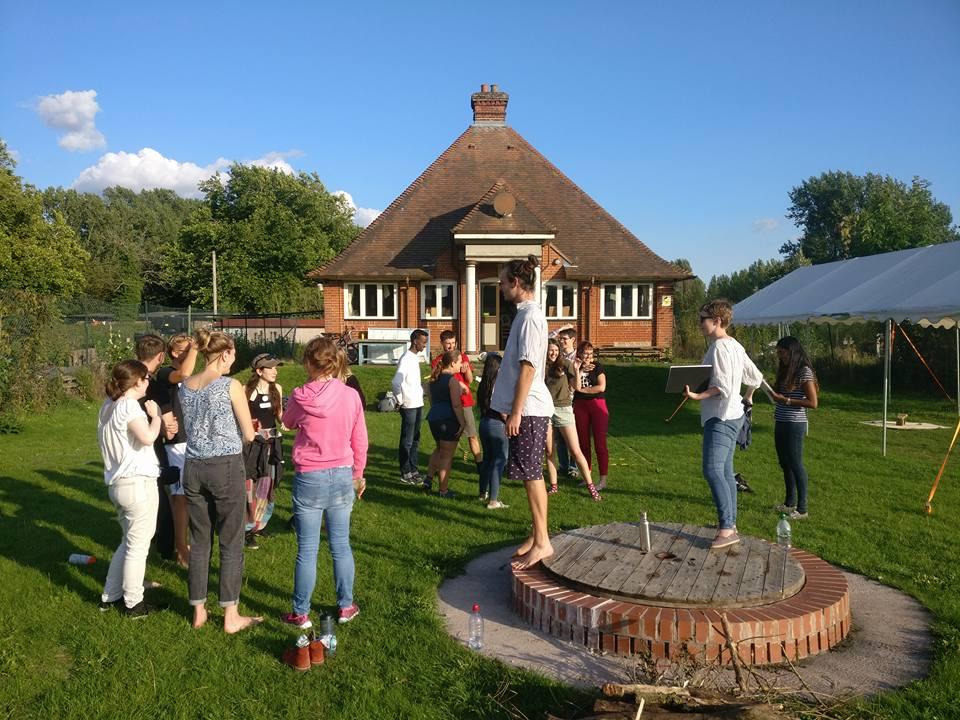 Oxford, summer 2018. Picture the scene: a city famed as the birthplace of Lewis Carroll's whimsical Alice In Wonderland will now play host to a group of student activists as they venture down the rabbit hole to explore and develop their skills as workshop facilitators.

There is no Mad Hatter, but of tea there is plenty. The Cheshire Cat is not present, but the grins show freely. No March Hard here, though many of the guests have marched before, in support of causes which they hold dear. Instead we see before us the People & Planet Regional Organisers, transported from across the UK and Ireland, ready to give their energy and time to developing student activist networks in their region over the next nine months. They. Are. Curiouser.

The group range from Wonderland Mavericks to Activist Avengers and everything in between. Some with years of experience and others with nothing but the fire in their hearts and the glint in their eyes. Once dinner and introductions are complete, tents and sleeping bags laid out and an obligatory game of "werewolves" is underway they are ready to paint the roses red.

The following morning they got to see what Activist Wonderland is all about...

Our organisers-in-training were greeted with an introduction to what their roles will be coming into the new academic year; to deliver outreach through the People & Planet network, supporting newer groups, delivering workshops over the year ahead and generally supporting the wider People & Planet network; but perhaps the main role our activist would be training for, the primary responsibility of the new Regional Organisers, is to host the annual (or bi-annual) Regional Event for their respective regions, i.e. being the spark that will light the fire in the hearts of the next generation of student activists!

If this sounds like something you’d be interested in joining, then we’d love to have you on our team of Regional Organisers for the 2019-20 academic year. Training will once again take place in Oxford, from 20th-24th August. All expenses will be covered and we’ll feed you, please bring a tent, sleeping bag and everything you’ll need for time away from home as we’ll be camping on Hogacre Common.