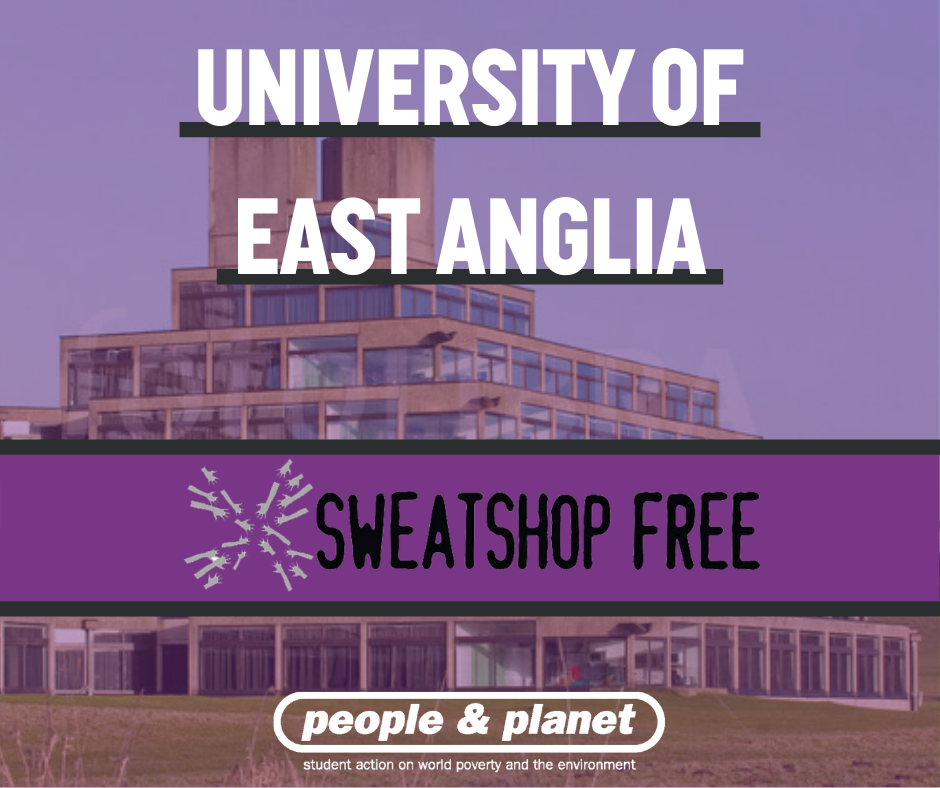 Before the Sweatshop Free campaign, admittedly, I had never considered the possibility that the electronics that universities purchase could be made in sweatshops, which shows my own ignorance on such an intricate issue. At University of East Anglia (UEA), I chose a module titled ‘Activist Campaigning’ as it wasn’t a typical essay-based module about political theorists; it was going to be practical and engaging and I was grateful to have it offered to me.

Had I been aware of the possible involvement of sweatshops in university procurement when choosing which university to study at, I definitely think it would have had an impact on my decision. Sustainability and workers’ rights are fundamental issues, not only to me but to many young people, which is why I believe Vice-Chancellors cannot afford to ignore us.

The current situation is that the Southern University Purchasing Consortium (SUPC) is affiliated to Electronics Watch for themselves but not their members. Electronics Watch is an independent organisation that monitors the rights of  workers’ involved in producing electronics, working closely with workers themselves, and therefore supporting public procurers to be sweatshop free. Our goal was for SUPC to affiliate on behalf of all the universities involved, not just UEA. By not being affiliated, there is no way to know for certain that the conditions in which these electronics are being produced are ethical. Collectively, the more-than 40 members of SUPC would have far greater bargaining power to influence international procurement practices than they would individually.

Our brief for the campaign was to produce an open letter to SUPC, a video petition and an on-campus exhibition. Unfortunately, the latter two were unable to go ahead as originally planned, due to the COVID-19 pandemic. However virtual versions of both were created. The online exhibition can be viewed here. 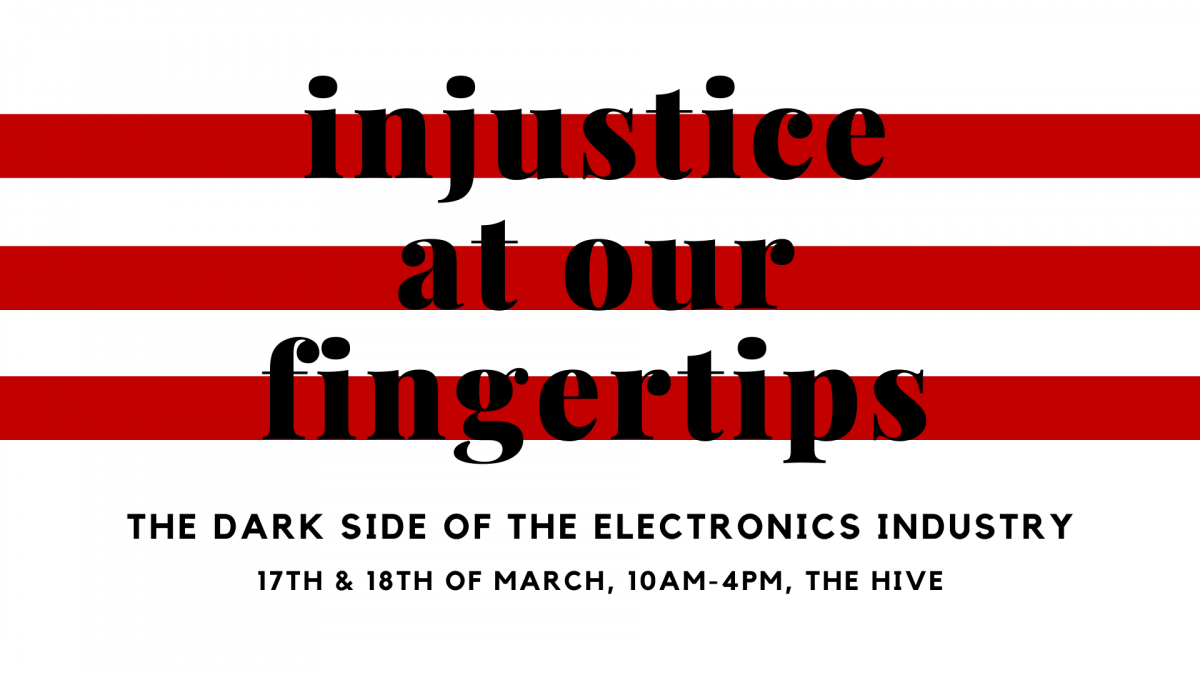 During the campaign, our lecturer, Ben Little, split us up into smaller teams. Ones for targeting specific groups such as trade unions to SUPC themselves, other groups such as for creating the exhibition. This was a student-led module, which meant we had a lot of free space to create this campaign how we wanted to. I was part of the "materials" team, which I found extremely daunting at first. I had hardly any experience, bar a few leaflets I’d made before and running the social media for a society at my university. I was quite stressed out over how many tasks we would have to do, yet together we produced printed materials such as leaflets, posters and stickers for the exhibition and social media posts. Creating the social media posts was something I really enjoyed and felt proud of. The communication of the campaign to other students was invaluable as it helped us gain the majority of the signatories to our open letter and support and interest from wider groups such as our student newspaper.

I enjoyed that this campaign challenged me to do something completely outside of my comfort-zone. If you had asked me a few weeks before the semester began if I wanted to run the social media pages and produce printed materials for a national campaign against sweatshops in higher education electronics, I would have thought you were talking to someone else! This campaign has given me so much more confidence in what not only I am capable of, but what we can all achieve by working together as this campaign relied on all the separate groups working as hard as they could. There was definitely a sense of community working with other students towards this common goal, and I think it was made easier by how committed and helpful everyone was.

We received just over 150 signatures on our open letter, which you can sign here, including UCU and Unite’s support. We also received an email from the CEO of SUPC asking to discuss the campaign. Due to Covid-19, we do not want to push the campaign too heavily as most people are under unsurmountable amounts of distress and uncertainty. Having said that, sweatshops and the people who work in them have not just disappeared due to the virus, so it is important we do not lose sight of this and let the campaign go.

In just a few weeks, we managed to get the attention of major trade unions, hundreds of students and SUPC themselves and had we had more time, we may have achieved even more.

I feel fortunate to have been part of something with global effects and it has left me wanting to do more. If you are a student reading this and have a similar campaign opportunity offered at your university, my advice is to go for it and give it your all, even if it is something you could never see yourself doing. 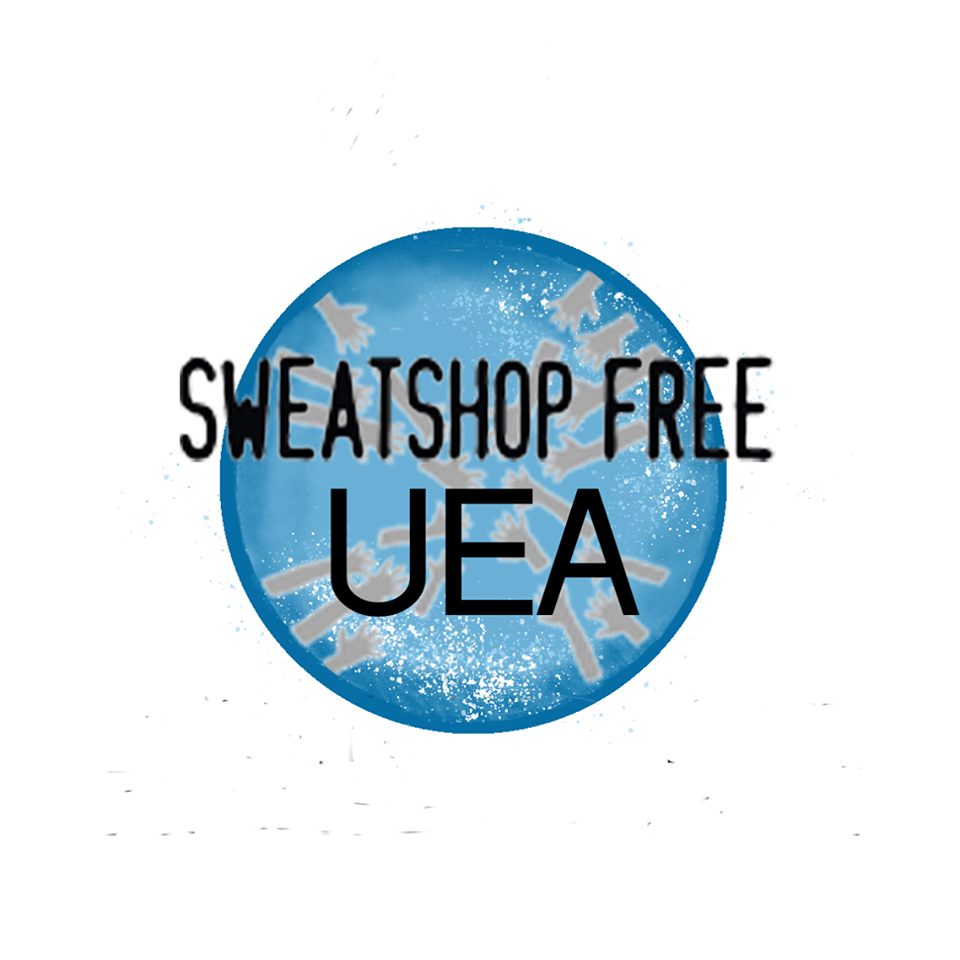