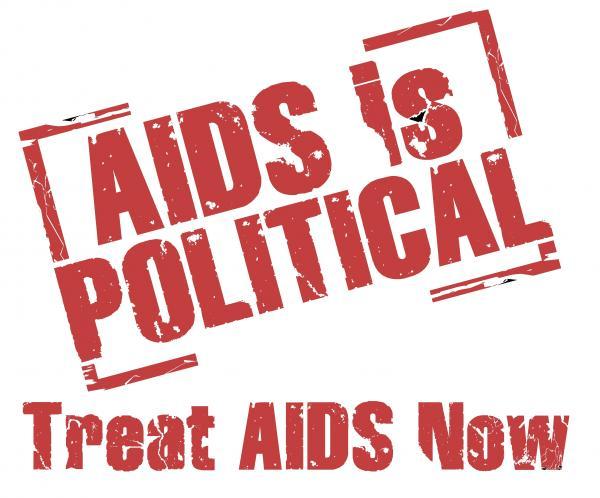 After five amazing years P&P's HIV/AIDS campaign has come to an end. Here we celebrate what we've achieved.

At the time, the UN estimated that 40 million people were living with HIV/AIDS. In rich countries like the UK treatment was available which had made AIDS an illness that could be lived with for 20 years or more, and prevention programmes had prevented a major epidemic. But 95% of HIV positive people lived in developing countries. In Sub-Saharan Africa less than 1% of those who needed treatment were receiving it. People & Planet insisted that all people should have access to the medicines that could dramatically prolong their productive lives and lessen their pain.

In five years your campaigning has:

In 2004, we challenged the UK government to use its 2005 presidency of the G8 to obtain an ambitious international commitment to provide treatment to all by 2010. In our report ‘Treating AIDS Now’ we said

“If successful, we can all claim to have played a part in saving the lives of millions.”

But a major change of gear was needed — so student campaigners got on the case.

In 2004 the Government announced a ‘call to action’ on AIDS, and begin consulting on what action it should take on HIV internationally. Hundreds of students submitted detailed responses. Local groups kept up the pressure, and in July 2004 the government promised it would “take steps at an international level to increase access to medicines.”

The game was afoot, and P&P groups across the country continued to take creative and effective action, persuading thousands to support the campaign. The Government were lobbied again and again. A Phoney Pharmacy — a converted ice-cream van, staffed by Tony Blair and George Bush — toured the country prescribing urgent action on AIDS, and hundreds took part in colourful protests.

In May 2005 Labour’s manifesto committed to the target of universal access to treatment by 2010. From then until the G8 meeting in July, hundreds of giant eyeballs kept their watchful gaze on the Government, making sure they delivered on this promise.

In July 2005 we got our answer when the G8 promised to deliver universal access by 2010.

“Student activists from People & Planet have shown that solidarity really can change the world. Thousands of people are dying from HIV every single day. The G8 have the power to stop that - and student campaigners have the power to make them use it.”

Supporting countries’ rights to access affordable treatment for their people

Throughout our campaign we have urged the UK to support the manufacture and supply of affordable generic AIDS drugs in developing countries — as this is the cheapest and most efficient long-term solution.

In 2007 Abbott Laboratories became a People & Planet target when they put profit before people and refused Thailand life saving drugs. Thailand had issued a legal compulsory licence to provide generic drugs for those who could not afford Abbott’s extortionate prices. Abbott tried to hold Thailand to ransom, and was supported by pressure from the US government. P&Pers took part in a series of actions, including handing in thousands of action cards, lobbying the Department for International Development urging them to support Thailand, and taking part in international protests against Abbott. In the face of this pressure the UK government eventually gave its explicit public support to Thailand, helping the Thai government stand firm in the face of enormous pressure.

“Thanks to People & Planet and the UK’s Stop AIDS Campaign for mobilising a great campaign to secure the UK’s position” Anton Kerr, International HIV/AIDS Alliance

As a result 8,000 more people in Thailand will now receive life-saving treatment, and the move has also led to a significant drop in drug prices for other developing countries. It is also a hugely important reaffirmation of the right of countries to put their public health needs ahead of corporate profits. Since then, more countries, such as Brazil, have issued their own compulsory licenses.

In 2007 we also called for the UK government to support the creation of a patent pool — an international mechanism to help poor countries get essential medicines at affordable prices. In July 2008, UNITAID, the international drug purchasing facility, finally agreed to begin researching the idea. If all goes well, a pool should be set up in 2009, helping developing countries to access cheaper generic medicines - and saving both money and lives.

Increasing the international funding for HIV/AIDS

Over the last five years we’ve seen the money available annually to fight AIDS more than double, and some important long-term funding commitments. We’ve campaigned to ensure the Global Fund is fully funded, and supported calls for a stamp duty on sterling currency transactions to raise more funding for international development.

In June the government launched a new HIV strategy in which it announced it plans to spend £6 billion on health systems and services by 2015. This is really important progress, and it wouldn’t have happened without your campaigning. The government has acknowledged that student campaigning had a big impact on the shape of the strategy, so well done to all of those who sent a email, ran events, lobbied MPs or collected action cards — the government received a massive 25,000.

Nearly 60% of ALL the public correspondence DFID received was on HIV/AIDS! Out of a total about of 90,000 individual correspondences to DFID over the 12 months to June 2008, 50,000 were related to HIV and AIDS. They also got over 700 HIV related letters from MPs - that’s more letters than MPs! Gillian Merron, the DFID Minister working on AIDS said that the dedication and effort of student campaigning was noted and that DFID had no choice but to take notice. she added that along with other civil society groups, students should be able to see their mark on the strategy.

Well done to everyone who took part in an amazing campaign. You’ve helped galvanize an incredible international effort which has shown that the world can act to Treat AIDS Now, and has changed millions of lives.