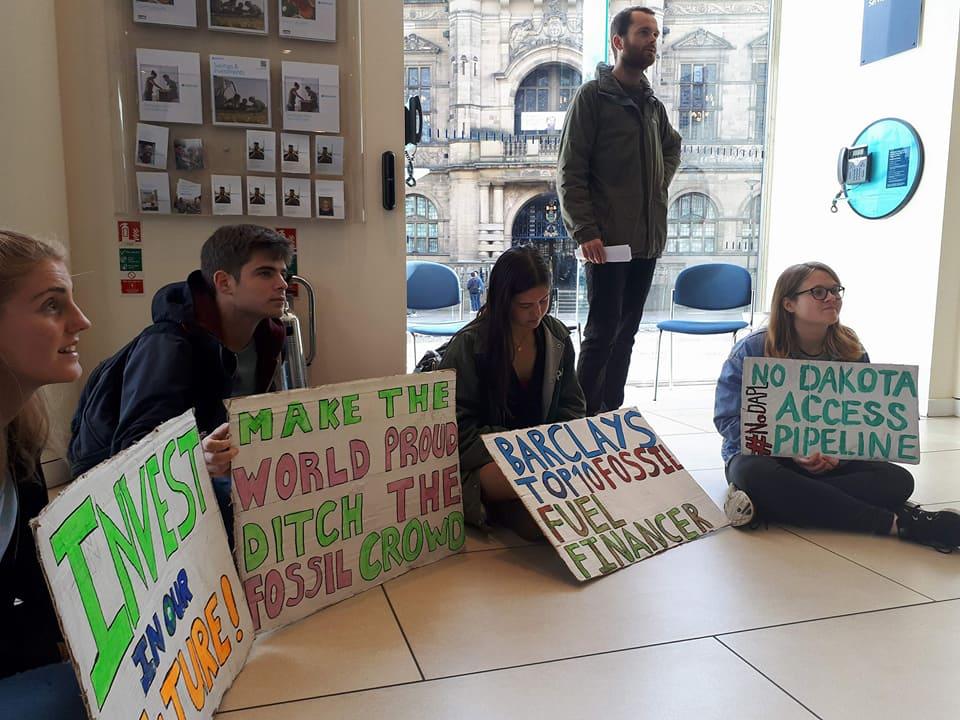 When the financial crash happened in 2007, I was a 17-year-old college student who watched on as the jobs fell away, people lost their homes, and saving the economy seemingly became more important than all the lives that had been destroyed. Being born and raised in the old cotton milling town of Bolton, I was used to seeing people struggling, but this took that struggle to a new level. Shops that had been there all my life closed down or morphed in to payday loan sharks.

The play area I used to go to as a child every day after school was now neighbored by a ‘Cash 4 Clothes’. This crash had now literally taken everything, including the shirt from people’s backs. So when I turned on the news or read the newspapers and saw the banks that had in some part caused these hardships being given bailouts to the tune of £37bn, I, like much of the country, was outraged. However, the bank I want to talk about did not receive any of this bailout.

Instead, Barclays found willing investors in the form of oil rich Qatar and Abu Dhabi who pumped £7bn in to the floundering bank, £3bn of which was misleadingly claimed to have been coming from current football destroying Manchester City owner, Sheik Mansour, a falsity finally admitted in 2013 under a cloud of corruption allegations. It comes as no coincidence that the kings and queens of the fossil fuel chess board wanted Barclays to know how much they valued their friendship and that friendship has only grown in recent years.

Since 2014, Barclays has been in the top 10 financiers of the Fossil fuel industry, pumping £12.5bn in to fossil fuel projects, despite signing the 2015 COP21 Paris Agreement stating they have a “strong commitment to a safe and stable climate in which temperature rise is limited to under 2°C”. In fact, in the year that followed (2016), they put more money (£4.381bn) in to fossil fuel projects than either of the previous two years. These projects include the well-publicised and fiercely and bravely resisted North Dakota Access Pipeline, which threatens the sacred lands and drinking water of Native Americans who rely on the land; the Keystone XL pipeline, described as ‘a pipeline to nowhere’ by Environmental Science and Technology Journal’s Editor-in-Chief, Jerald L. Schnoor (Environ. Sci. Technol., 2013, 47 (9), pp 3943–3943); gas extraction and pipelines in Myanmar; coal mining and fracking in Australia; Columbian coal extraction and the paramilitaries that protect it; coal power plants in South Africa; Russian oil and gas extraction and transportation; and others to boot. This commitment to funding fossil fuel projects around the world shows just how weak a commitment Barclays actually have to any resemblance of a ‘safe’ or ‘stable’ climate. It seems as if this high street bank is more of a high street magician who can make their own words disappear.

To Barclays we expect them to keep their own word, myself and People & Planet Sheffield staged the long awaited debate, in the middle of Sheffield's flagship branch, of the Barclays Eagle vs The World to see if the Eagle can get its claws in to real climate justice. This kicked off a year of action every week disrupting the banks operations and reputation until they ditch all fossil fuels.

Get involved by joining people from across the UK to demand Barclays to be a bank that keeps its promises and leads the way to a renewable future by stopping investing in fossil fuel projects, taking the viability from underneath the companies that are profiting from the climate crisis. For if the environment everyone relies on for life collapses, no amount of money can bail us out.