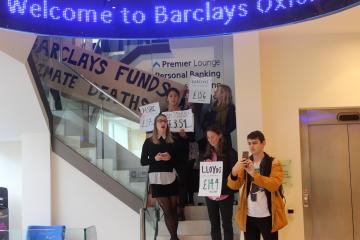 This morning (October 24), we held a peaceful demonstration in Barclay’s bank on Cornmarket Street. Our group of students from the University of Oxford and members of the city joined an international effort to demand banks to stop funding fossil fuel expansion projects, “before it is too late”.

Barclays, specifically has invested £48 million in Kinder Morgan, the largest pipeline company in North America and the corporation responsible for Trans Mountain, a pipeline to transport the least efficient, dirtiest oil out of the tar sands in Canada. 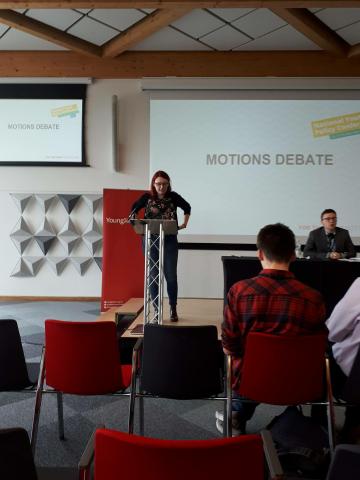 DANCE take action at Barclays to divest from fossil fuels? 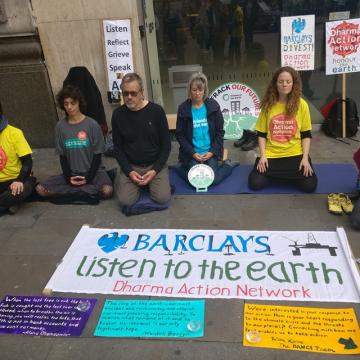 What is Dharma Action Network for Climate Engagement (DANCE)?

DANCE are a network of meditation practitioners from the Buddhist tradition who are deeply concerned about the climate crisis. 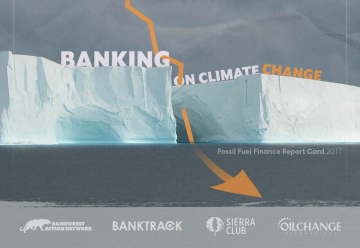 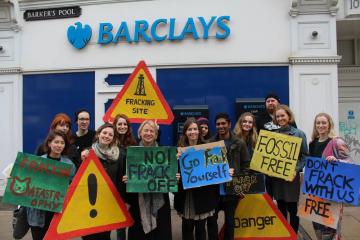 Last week at the Barclays Annual General Meeting (AGM), the Chairman John McFarlane told shareholders that the bank would be withdrawing their financing of fracking company Third Energy - licensed to frack in Ryedale, North Yorkshire. Barclays owns 97% controlling stakes in Third Energy. This could be a huge victory for the anti-fracking and climate justice movement in the UK, showing the power of organising and building coalitions in our local communities.